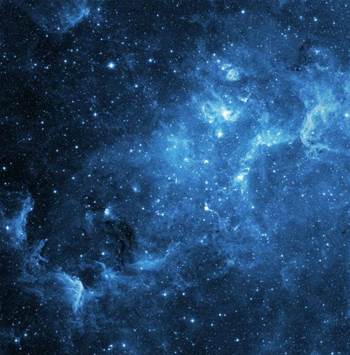 Scientists may be close to tracking down the mysterious "dark matter" which makes up more than a quarter of the universe.

A final identification of what makes up the enigmatic material would solve one of the biggest mysteries in physics and open up new investigations into the possibility of multiple universes and other areas, researchers said today.

Members of an international team picked up what might be the first physical trace left by dark matter while studying cosmic rays recorded on the International Space Station, said the head of the Europe and US based research project Samuel Ting.

He told a packed seminar at the Swiss-based CERN research centre the team had found a surge of positron particles that might have come from dark matter.

He said in the coming months, the CERN-built AMS particle detector on the space station "will be able to tell us conclusively whether these positrons are a signal for dark matter or if they have some other origin".

Dark matter, once the stuff of science fiction, "is one of the most important mysteries of physics today," Ting, a professor at the Massachusetts Institute of Technology and 1976 Nobel physics prize winner, has previously written.

But efforts in laboratories to find concrete evidence that it is there, and to establish what it is, have so far proven fruitless.

Ting said it was also possible the surges came from pulsars - rotating neutron stars that emit a pulsing radiation, but CERN physicist Pauline Gagnon said that the precision of the AMS could make it possible "to get a first hold on dark matter really soon".

"That would be terrific, like discovering a completely new continent. It would really open the door to a whole new world," said Gagnon, a Canadian physicist on ATLAS, one of the two CERN teams that believe they found evidence of the elusive Higgs particle in the centre's Large Hadron Collider.

John Conway, a physics professor working at CERN, said a confirmed discovery would push scientists into uncharted realms of research.

He said fresh insights could be gained into super-symmetry, a theory that says the current known 17 elementary particles have heavier but invisible counterparts, and dimensions beyond the currently known length, breadth and height, and time.

Other scientists, especially cosmologists now trying to peer back beyond the Big Bang 13.8 billion years ago, suggest identification of dark matter could give new clues to whether the universe itself is alone or one of many.

The huge subterranean complex running under the Franco-Swiss border at the foot of the Jura mountains was shut down in February to double its power and multiply the millions of "mini-Big Bang" particle collisions it can stage daily.

Dark matter was originally thought to make up around 24 percent of the universe, with normal matter - galaxies, stars and planets - accounting for about 4.5 percent.

ast week the European Space Agency's Planck satellite team reported that mapping of echoes of the early cosmos showed dark matter made up 26.8 percent and ordinary matter 4.9 percent - together the total of the material of the universe.

The dominant constituent is the non-material "dark energy", as mysterious as dark matter and believed to be the driver of cosmic expansion.