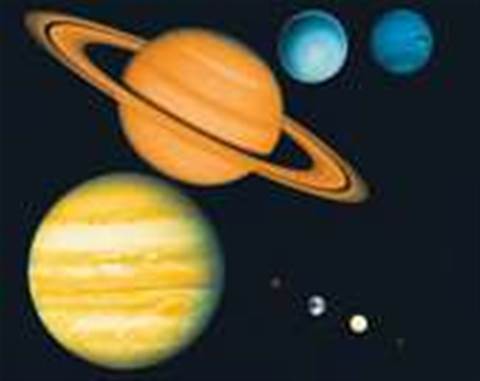 Astronomers have discovered a new moon orbiting Saturn which they have provisionally called 'Frank'. Frank is the 60th moon discovered orbiting the gas giant, which is famous for its rings.

The new moon was found by a team examining images from the Cassini-Huygens space probe that is approaching its third year of orbit around the planet.

"I was looking at images of the region near the Saturnian moons of Methone and Pallene and something caught my eye."

Frank is about two kilometres wide and comprised mostly of ice and rock. The team will have a chance for a closer look in December 2009, when the probe moves to within 11,700 kilometres of the new moon.

"When the Cassini mission launched back in 1997, we knew of only 18 moons orbiting Saturn," said Murray.

"Now, between Earth-based telescopes and Cassini we have more than tripled that number. And every new discovery adds another piece to the puzzle and becomes another new world to explore."

Frank is likely to be given a more formal name in line with the rest of Saturn's moons, of which 48 have been named.