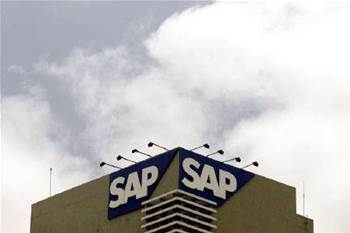 Oracle should be paid no more than US$408.7 million for copyright infringement carried out by a SAP AG subsidiary, the European software company argued in a court filing late on Wednesday.

At trial, SAP acknowledged wrongdoing but argued it should pay no more than US$40 million.

On Wednesday SAP said the US$1.3 billion verdict was in conflict with copyright law and founded on "sheer" speculation.

"It cannot stand," SAP attorneys wrote in a filing.

SAP urged US District Judge Phyllis Hamilton to cut the verdict to comport with a different damages methodology.

At trial, SAP's expert estimated damages under that formula at US$28 million, while Oracle's expert pegged them at US$408.7 million.

Alternatively, SAP urged Hamilton to order a new trial due to the "excessive" verdict.

The three-week trial, which captivated Silicon Valley, featured testimony from such top executives as Oracle Chief Executive Larry Ellison - whom SAP's lawyers accused of plucking damages numbers "out of the air" - and President Safra Catz.

During the trial, Oracle linked former SAP chief and current Hewlett-Packard CEO Leo Apotheker to the operations of TomorrowNow. But it did not appear to produce evidence to prove Apotheker knew of any theft.

A hearing on SAP's request to reduce the verdict is currently scheduled for July.