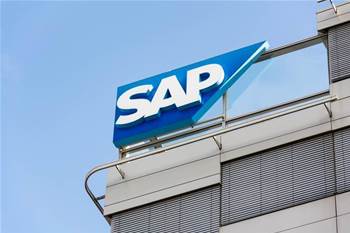 Enterprise software behemoth SAP has confirmed its Australian operations will be hit by a mass redundancy wave that will jettison 4400 employees globally, as the company continues to restructure away from traditional software delivery in favour of a cloud model.

While the extent of the local retrenchments are yet to be confirmed pending discussions with employees, they are expected to be substantial as the company consolidates its efforts under its latest big rationalisation.

“Restructuring expenses are projected to be €800 million to €950 million, the vast majority of which will be recognized in the first quarter 2019,” SAP said in a quarterly markets statement.

The shake-up comes as SAP announced a 11 percent increase in 2018 non-IFRS revenues, at constant currencies, that beat its thrice-raised guidance. Operating profits rose 10 per cent, in line with SAP's own expectations.

SAP said it expected to more than triple cloud subscription and support revenues, with total revenues reaching 35 billion euros and operating profits outgrowing revenues to expand at an annual rate of 7.5 to 10 percent.

But the tight timelines mean firings will be necessarily swift.

A local spokesman for the company said that “departures” were expected in Australia and New Zealand and also “across the rest of Europe and the rest of the Americas.”

The extent of the layoffs translates to around US$1 billion in exit costs, a figure almost certainly pushed-up the accrual of hefty entitlements for long-term employees now in the firing line.

Both SAP and rival IBM have previously worn the length of tenure of many of their employees as a badge of honour that reflected the value they placed on corporate memory and depth of experience.

Australian customers of SAP will not be cheering on the move.

The propensity of so-called tier-one vendors to hack away at their local teams to make quarterly earnings expectations was specifically singled-out last year by outgoing Westpac CIO Dave Curran as a vendor relations friction point.

And in comments certain to fuel the ongoing criticism that the technology industry has a problematic youth addiction that systemically devalues and sidelines older employees, SAP CEO Bill McDermott provocatively likened the staff cull to a corporate get fit regime and candidly pointed to older employees in the firing line.

“What we're doing with the fitness program is we're giving people a chance to do some early retirement in countries where we need to do that,” McDermott said.

“And in the countries where we don't have the skill set that we want, we're obviously going to compromise a nice agreement with our employees to treat them very fairly.”

Pushing early retirement in Australia will be a more difficult task for the company, not least because the heightened focus on dissuading employers from engaging in age discrimination and getting people to work longer.

Meanwhile, placating institutional investors comes first, with SAP’s chiefs conceding not all the numbers were as plump as they might have been.

That observation saw McDermott ram home the message that SAP is still growing strongly – rather than facing enduring cost control headwinds like so many other so-called software megafauna that have had maintenance revenue cruelled by the cloud.

McDermott described SAP’s staff as an “extremely motivated, loyal workforce” adding the software house was “one of the great companies in the world to work for.”

Even so, when it comes to hiring, the wrath of jittery investors is never far away.

“We should get the very best talent. Now keep in mind, when I say this, we're going to be very careful when we hire. We know what you guys want. You want the growth and you want the margin. I think we can do both,” McDermott said.

“I've had a number of client conversations today asking me whether we should view this as a one-off program or something more sustainable,” quizzed Credit Suisse’s Charles Brennan on the investor call.

“Is some kind of restructuring do you think the norm every other year for SAP?”

Mucic was quick to bat away any notion of restructuring addiction.

“The answer to that is a simple no. You shouldn't. And in fact, SAP in its history has had, I think, only three programs of this type: one was directly in the financial crisis, the other one was in 2015 and this one is now 4 years later,” Mucic said.

“So no need to reflect major restructuring activity on a per annum basis, clear no.”

That will be cold comfort for thousands of long term SAP employees about to be shown the door.

A local SAP spokesman said that in “in cases where new jobs are created, we will do everything possible to give SAP employees first priority.”

“Our intention is to design these programs similar to those under previous restructurings. We have just started conversations with the social partners and therefore cannot provide further details at this point.”