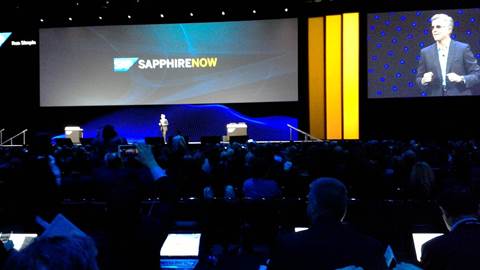 SAP has struck “long-term” deals to run its platform-as-a-service on top of public cloud infrastructure owned by AWS, Azure and Google in addition to its own data centres.

The software maker flagged earlier this year that its PaaS – renamed in February as SAP Cloud Platform - would not stay tied only to SAP infrastructure.

Multi-cloud support is enabled by the integration of Cloud Foundry into SAP’s PaaS. That integration has been in public beta for about a year, but progressed to general availability overnight.

It is also available as a public preview hosted on Microsoft Azure, and as part of a “demo showcase” on the Google Cloud Platform.

The vendor said it would “continue to invest into its own infrastructure and expand its global data centre footprint” but that its intention for its PaaS was to offer a “free choice” of the underlying infrastructure, whether that be SAP or non-SAP owned.

The deals with the public cloud providers would enable SAP to “tremendously accelerate the future build-out of new data centres based on customer demand”, it said in a blog post.

It could also invite SAP back into innovation conversations with its customers.

Public cloud providers like AWS and Azure are increasingly building capability around providing a suite of services that take data from traditional enterprise systems and use it to extract additional value, such as by applying machine learning algorithms to it.

SAP has made no secret that it wants its traditional customers to find innovative uses for their data through its own PaaS. It used the Sapphire conference to announce that it now offers “40+ services” of its own, including new ones for internet of things, big data and machine learning.

Having its PaaS on top of public cloud infrastructure will bring SAP closer to the cloud experiments – and production deployments – of many of its customers.

Microsoft concurred in a statement of its own: “Customers can take advantage of the pre-built SAP cloud platform components to build business applications while leveraging the broader toolset of Azure services”, it said of its own agreement with SAP.

Though SAP’s PaaS is ostensibly aimed at getting SAP’s existing customers to create innovative extensions to their on-premises environments, it could also enable SAP to win new users not yet in its ecosystem.

Bernd Leukert, ‎a member of the executive board of SAP SE, products and innovation, said SAP had no plans to strike similar agreements with smaller public cloud operators outside of the big three.

Ry Crozier is attending SAP’s Sapphire Now conference in Orlando as a guest of SAP.