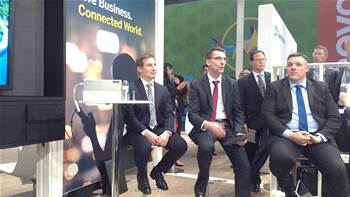 SAP is hoping new APIs and microservices, as well as a new name, will encourage more of its traditional base to try the company’s three year-old platform-as-a-service (PaaS).

It has rebranded its PaaS as ‘SAP cloud platform’; previously it was known as ‘SAP HANA cloud platform’, but as it has evolved, the name choice became increasingly problematic.

“We have seen many customers that have been misled by the brand HANA cloud platform,” Bernd Leukert, ‎a member of the executive board of SAP SE, products and innovation, told iTnews.

“You get tired of explaining it is just a name but look at the capabilities.

“If the name is making the offering smaller than it is then we have to change the name. But it doesn’t mean that HANA is disappearing.”

The name change coincides with a fresh expansion of the number of services made available through the PaaS, notably around the internet of things and big data.

Like other PaaS players AWS and Azure, the company has been progressively adding new services and APIs.

Some of the newer services unveiled come from past acquisitions; the IoT services are from SAP’s September 2016 purchase of Plat.One, while big data services have been added using technology from the acquisition of Altiscale.

“It’s a new brand but not for the sake of branding,” SAP CTO Rolf Schumann said.  “It shows that we have significantly enhanced the PaaS business.”

SAP is hoping a model of using APIs to tap customers’ existing data reserves, no matter where the data is held, will pay off.

Leukert said he did not see a future in repeating traditional architectural models for data analysis, which often required data to be extracted from source systems into a new location in order for the analysis techniques to be applied.

“If you think of machine learning, for example, there are other IT vendors that [still] think you have to replicate data in order to apply machine learning to it to get insights and then copy the results back into your execution system,” he said.

“I fundamentally think this is the architecture of the last decade.

“In the future you have to incorporate machine learning and deep learning into the existing application and provide value to the end user.

“The ETL process which was state of the art in the past will slowly disappear and be significantly reduced in enterprise architectures.”