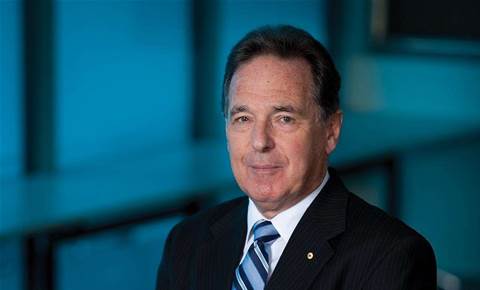 ACCC chairman Graeme Samuel has told iTnews the Federal Government's regulatory reform bill enters Australia into a "whole new paradigm" for telecommunications regulation, in which the competition watchdog will find it much easier to resolve access disputes.

On one level, Samuel (pictured) is pleased with that the Federal Government has given Telstra every incentive to be structurally separated.

"The option is there for Telstra to proceed down the structural separation route, with implications for its cable network and 4G spectrum if it chooses not to," Mr Samuel told iTnews.

"This meets with all the issues we have put forward to the Government in recent times. We have constantly said that structural separation is the only way to bring about an industry structure that lends itself to true competition. The other more regulatory prescriptive model will always be a second best."

But equally as important are changes which allow the competition watchdog to streamline the resolution of disputes between Telstra Wholesale and access seekers.

The fundamental change, Samuel said, is the replacing of an arbitration and undertaking regime with what Samuels refers to as a set and forget regime.

The current regime sees Telstra submit an undertaking on a wholesale price for a given service, Samuel said.

"We look at it, we assess that it is satisfactory or reasonable, and if it is not we reject it," he said. "If we reject it, [Telstra] might go to the Australian Competition Tribunal for a review, and if they reject it we start the process again. But we can't sit down and negotiate and reach a way forward."

Under the proposed legislation "we can now work out what prices ought to be in advance, rather than waiting and applying them retrospectively."

Telstra rivals at peace with a tougher watchdog

Telstra's competitors have no qualms about the regulator being afforded greater power.

Matt Healy, head of regulatory and government affairs at Macquarie Telecom and a former ACCC staffer, said the competition watchdog has historically had to "work with one hand tied behind its back."

"Whilst the ACCC ultimately has the ability to set prices for wholesale access to Telstra's network, it currently takes a very long time," he said. "The ACCC has resolved some 153 disputes relating to wholesale access, but only after years of work because of loopholes in the legislation to date.

"Now the ACCC can set prices on what it should cost to access Telstra's network straight away.  It is an extension of an existing power, but a more immediate application of it."

"At present, Telstra is able to tie the ACCC in knots," he said. "The Government is cutting a number of those ties, and as is the case in the UK and Singapore, is letting the regulator do its job of improving outcomes."

AAPT chief executive officer Paul Broad said the extension of competition watchdog powers is as important as the argument around Telstra's separation.

"In our view, whether the ultimate outcome is functional or structural separation of Telstra is of less importance than the delivery of equivalence of access - both models can achieve this," he said.

"In our submission to the Government, we called for equal access and pricing, stronger regulatory control and a mandated 'fast-churn' process as critical enablers to competition and freedom of choice for customers."