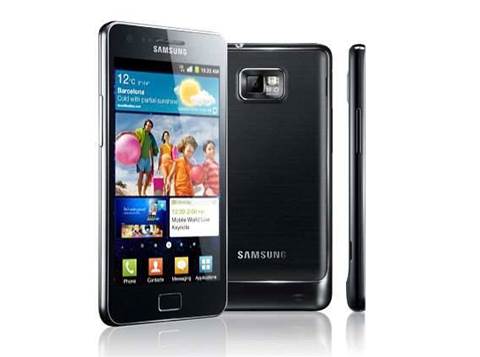 Targets global sales of over 10 million this year.

Samsung Electronics today launched a new version of its flagship smartphone Galaxy S in South Korea ahead of its global debut in May.

The debut of the Galaxy S II comes as Samsung is locked in a legal battle with Apple over alleged mobile technology patent infringements and design copy claims, as they jockey for position in the competitive smartphone market.

The South Korean firm said today that it would roll out the new model, at the heart of its drive to boost smartphone shipments to 60 million units this year, globally from May through 140 operators in 120 countries.

Samsung aims to sell more than 10 million units of the new smartphone this year and is also targeting an over five-fold rise in sales of its Galaxy Tab tablets, the head of its mobile division, JK Shin, told reporters.

The Galaxy S II uses Samsung's own dual-core application processors. It is slimmer and has a bigger display than the previous version, which has sold around 14 million units since its launch in June last year.

In South Korea, one of the most lucrative markets for Samsung's smartphones, it sold about 2 million Galaxy S handsets last year, one-fifth of the global total.

The new product, which is based on Google's Android operating system, will be sold in South Korea through operators SK Telecom, KT Corp and LG Uplus.