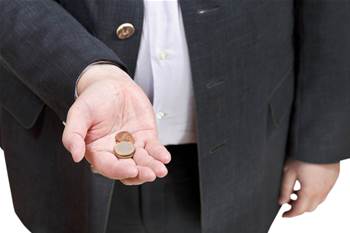 For a major system upgrade.

The South Australian government has funnelled another $49 million into the Department of Health’s troubled electronic patient administration system (EPAS) for a "major upgrade" intended to make the system run better.

It brings the total cost of the project to $471 million to date.

The state-wide system, underpinned by Allscripts technology, has long been a cause for concern, suffering numerous delays, usability issues and cost overruns since the project was initiated six years ago.

Although budgeted at $408 million at the time of cabinet approval in December 2011, the cost of the project quickly rose to $421 million shortly after.

That figure has since grown to $471 million.

According to SA Health’s deputy chief executive Don Frater the money will be used for a “major system upgrade”.

“Implementing the new system is an ongoing process and we continue to work closely with staff and clinicians to resolve concerns and make improvements to EPAS where necessary.”

InDaily reported that the department sought the extra funding from cabinet last month.

Former health minister Jack Snelling, who resigned in September, conceded at budget estimates last year that the department would almost certainly have to ask for additional money in the coming years to complete the project.

“[It’s] no secret ... that we expect over the next 10 years we will have to go back to budget for supplementary funding. We do not think we are going to be able to do it within the $421 million envelope that has been provided,” Snelling said at the time.

Earlier this year, the department started replacing some of the system's hardware in the hope it would address the performance issues faced by the sluggish platform.

It followed a nine-hour outage to the system last November that affected three major Adelaide hospitals and took a team of technical experts nearly 10 hours to fix.

The department expects the system to go live at Flinders Medical Centre, Hampstead Rehabilitation Centre and Mt Gambier Hospital during 2018, and hopes to progressively implement the remaining clinical functions at the new Royal Adelaide Hospital by early next year.