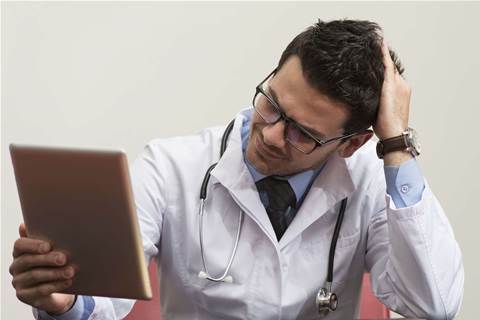 The $422 million electronic patient administration system (EPAS) is currently used by about 8000 SA health workers in the seven health regions that have been part of the rollout to date.

But in many cases it hasn’t been the blessing doctors were promised, as they struggle with workstations that have a tendency to crash if users switch between EPAS screens too quickly, long waits to change between EPAS modules, and up to two outages a day.

In November last year, the system suffered a nine-hour outage that health officials blamed on a piece of rogue software eating up all its compute resources.

The department is now kicking off the replacement and decommissioning of two end-of-life IBM XIV SANs that currently host EPAS data within one of its three Adelaide data centres.

SA Health hosts enterprise applications out of the state government’s data centre in Glenside plus space in co-located Adelaide facilities operated by Adam Internet and Hostworks.

It said “a review of the environment by SA Health and the application vendor Allscripts has identified performance improvements can be made by moving the data to storage that is faster and isolating production database traffic to dedicated arrays”, according to tender documents.

It is looking at buying two new high speed flash arrays to handle database storage, and moving non-database storage to a new EMC SAN inside its leased space in the Adam data centre, and an EMC VNX7600 SAN it already has in its Glenside data centre.

The full hardware buying spree is set to include:

The refresh will happen in parallel with one of the EPAS team’s biggest tests to date - installing the system in the new Royal Adelaide Hospital, which remains empty despite being originally due to open in April last year.

It is rumoured to be planning to open its doors by the middle of 2017.