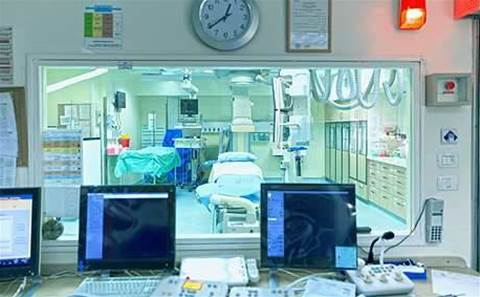 South Australia's health department may fail to install electronic medical records in its new flagship Adelaide hospital before it opens because the agency had until recently been working to the wrong testing deadline, the state's auditor-general has revealed.

The new Royal Adelaide Hospital is set to open in 2016. The project management team behind the state-wide electronic patient administration system (EPAS) have been hurrying to get functionality issues ironed out before formal commissioning begins on 17 January 2016.

But SA auditor general Simon O’Neill today revealed the EPAS management office only learnt of this deadline late in February.

Up until that point, they thought they had until mid-April 2016 to get significant issues fixed and configure the product to the hospital's requirements.

O’Neill’s report (pdf) reveals SA Health is now working on a contingency plan that could see staff at the new hospital forced to rely on patched-up legacy systems and some paper-based workarounds if the EPAS is not ready when the hospital opens its doors.

The audit team said it was concerned that despite the resources being thrown at the EPAS initiative - roughly 200 full time staff  - it is still at risk of not being installed in the Adelaide hospital in time.

Delays would create workflow havoc and force extra expenditure to get legacy systems up to scratch to meet the interim need.

The $422 million EPAS rollout has long been a thorn in the side of the SA government.

Originally due to be completely rolled out across the majority of the state’s hospital system in the middle of last year, cost overruns, clinical frustration and delays led to the cabinet weighing up whether to cancel the scheme altogether last year.

The state has decided to soldier on with the implementation, however, telling the auditor that the cost of maintaining unintegrated legacy systems for years to come made dumping the scheme an unviable alternative.

The SA audit team also revealed that a legal spat between SA Health and EPAS vendor Allscripts over compensation for delays had been settled in December last year at a cost of $13.25 million to the American company. The terms of the settlement remain commercial in confidence.

The auditors did note several improvements since the last EPAS review was finalised in December 2014, however.

They attributed “significant improvements” to the appointment of a dedicated program director and a new management team in 2014, and endorsed the SA government’s transfer of budget control to the Treasury, which has meant SA Health now needs to reapply to cabinet for funds at each project milestone.

The team also commended SA Health’s decision to dump a waterfall approach for a more iterative release schedule, as well as the establishment of a specialist test environment for EPAS that mirrors production to replace testing previously done on Allscripts' own corporate infrastructure.