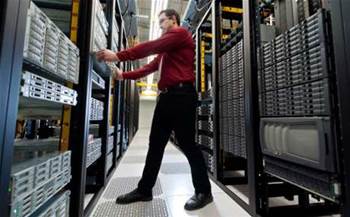 As DXC's current 12-year deal draws to a close.

The South Australian government has put its long-standing mainframe outsourcing deal with DXC Technology up for grabs for the first time in over a decade.

DXC – under its previous guise as HPE – has been the primary mainframe provider for the SA public sector since signing a mainframe computing services agreement with the state government in December 2006 for a period of eight years.

The deal was subsequently extended for an additional four years in 2012 to avoid the capital cost of purchasing new mainframe and infrastructure, which brought its estimated value to $119 million.

The deal supports agencies such as the Department of Premier and Cabinet, South Australia Police, and SA Health to run business critical applications, including financial management, payroll, and criminal justice and housing management systems.

It followed nearly a decade where EDS - bought by HP in 2008 - had provided the same services to the government.

With the current agreement scheduled to expire next May, DPC has kicked off a re-tender for the services with an expressions of interest process.

In doing so, the government hopes to maintain or improve continuity to critical applications and data on the mainframe, and allow flexibility for scaling up or down services.

Under the current agreement DXC owns the infrastructure and operating system licences, while agencies own and manage the applications running on the mainframe.

"Agency applications running on the mainframe have been developed in and modified for the current mainframe which has increased dependency on mainframe technology and operating systems," tender documents state.

Correction: A previous version of this story referenced HPE as the outsourced provider. The outsourcing arrangement previously came under HPE but transfered to DXC Technology, which was born out of the merger of CSC and HPE Enterprise Services. HPE continues to work with SA Police on other projects.