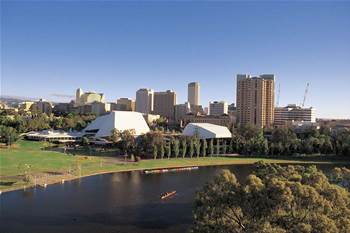 South Australia has unveiled plans to more than double the reach of its Gig City fibre network and open it up commercial operators wanting to compete with NBN Co in the consumer market.

The incumbent Labor government today pledged to compete with NBN Co should it be re-elected at next month’s state election.

Labor said it would invest $35 million into “a major expansion of the state government’s existing fibre network, to be known as ‘the Fishbone’".

That network is already the foundation for Gig City, which offers gigabit services to “innovation precincts” across Adelaide.

Gig City is made up of 120km of fibre. The expansion would see Labor build out an additional 160km of fibre optic cabling.

The combined 280km Fishbone fibre network would be made available “to internet providers to offer … faster and cheaper services”, the government said in a statement.

iTnews understands the government plans to convene a roundtable with interested telcos and ISPs if it wins the election.

Those telcos and ISPs would be offered the chance to tender to use the government-owned network infrastructure.

At this stage, it appears they would be responsible for the last-mile access technology; the government does not appear to be proposing to overbuild NBN fixed-line connections in metropolitan Adelaide itself.

The network expansion would be overseen by a new Department of Digital Innovation, which would also pick up responsibility for developing “a digital inclusion plan to narrow the digital divide in South Australia”.

South Australia has been a flashpoint for concerns that the NBN is creating - not bridging - a digital divide, since many areas surrounding Adelaide are on fixed wireless, which is suffering congestion problems.

Labor also took an unusual swipe at the capabilities of the higher tiers of the national broadband network.

It said the NBN “is delivering sub-standard download speeds of just 100 megabits per second, at best”.

“In stark contrast, Labor’s investment to expand the Fishbone fibre network will provide speeds up to ten times faster than the NBN,” the state government said.

The vast majority of users on the NBN are signed up to speeds of 100Mbps or less, although the network builder does offer tiers up to 1Gbps.

South Australia is now the second Australian state in Labor control to reveal plans to compete with NBN Co at a state, rather than national, level.

At the end of last year, Queensland's re-elected state government said it wanted to build its own broadband network to rival the NBN in response to complaints about the rollout of the national network, particularly in regional areas. However, it appeared little groundwork had been done before the announcement.

Labor's federal counterparts have been agitating for a drastic refocus of the NBN, but the calls have so far been shut down by the LNP government.