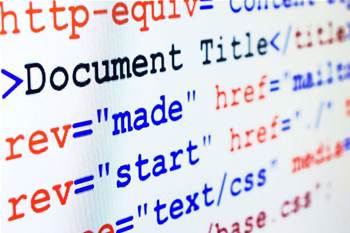 The Victorian arm of animal welfare organisation RSPCA has defended its request for access to the country's telco metadata troves, claiming access to the records is a critical tool in animal cruelty investigations.

Earlier this week, a freedom of information request by privacy advocate Geordie Guy revealed 61 agencies have asked to join the 21 law enforcement agencies currently able to access the customer data stored by telcos as part of the nation's data retention scheme.

The 61 agencies have lobbied the Attorney-General's Department to be designated temporarily as "criminal enforcement agencies" under the TIA Act so they can access the data.

The Attorney-General has the power to allow an agency to access the data for 40 days. Permanent access requires changes to the legislation by parliament.

Such agencies were taken off the list of those able to access historical telecommunications data without a warrant in the lead-up to the data retention go-live in October, following criticism from privacy and civil rights advocates.

But they are now pushing to be reinstated to the list, claiming access to metadata is vital in investigating animal cruelty, protecting the integrity of wagering in the racing industry, and prosecting violations of aviation laws.

The agency has the power to prosecute and issue criminal charges for animal cruelty offences, and Jalbert said telecommunications data had - until last October - been a critical tool in such investigations.

A matter of integrity

Racing NSW chief executive Peter V'landys said the agency had only ever accessed records of phones calls made and SMS messages sent when it previously was able to access stored non-content data.

“Naturally, we only got the time, date and duration of the phone call,” V'landys said.

“Similarly, with the SMS messages we only got the time and date of the message. We did not access the content of the telephone call or the text message under this access. Further, we did not access any other computer record or data."

V'landys argued protecting the integrity of the industry was essential in maintaining its 50,000 jobs.

“Amongst other issues, Racing NSW is required to address the threats posed by organised crime, money laundering, race fixing and illicit human and equine drug use," he said.

“To do so, Racing NSW has established itself as the leader in sports integrity, having developed highly sophisticated and well-resourced integrity departments.

“The access that Racing NSW has in the past has been a critical tool in its investigations, particularly in respect of identifying whom has been communicating with each other, the date and time of the communication and the duration (in the case of a phone call).”

A spokesperson for Bankstown City Council said access to metadata was necessary because the council had been commissioned by the Environment Protection Authority to coordinate the operations of the Sydney regional illegal dumping (RID) squad, which covers 14 council areas.

“We only ever had access to call records which assisted us in placing a person at the scene of an illegal dumping offence after they initially denied involvement. One involved the dumping of around 20,000 tonnes of waste at five different sites,” the spokesperson said.

“This information has resulted in a number of successful prosecutions relating to illegal dumping.”

A spokesperson for the Civil Aviation Safety Authority said the air services agency had made 11 applications for historical telecommunications data in 2014-15.

“CASA made applications during some investigations into whether a person had contravened a criminal offence provision in the aviation legislation,” the spokesperson said.

When the data retention legislation was first introduced to parliament in October 2014, the government pledged to limit “access to agencies that have a clear need for such access and well-developed internal systems for protecting privacy.”

It cut down the number of agencies allowed to access historical telecommunications data without a warrant from around 80 to 21.

The Attorney-General's department today said it had not allowed any additional enforcement agencies to access the data beyond the 21 currently listed in the legisation.