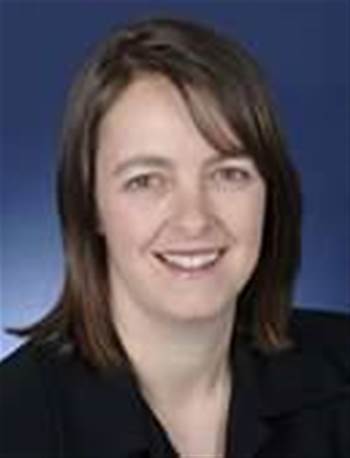 Attorney-General Nicola Roxon placed the Government firmly on the fence about its controversial data retential proposal at the Security in Government conference this week.

The proposal was put forward by Roxon's department and sought to increase Australian law enforcement powers by requiring telcos to store subscriber traffic records for up to two years.

Although the Government has held closed-door discussions with internet service providers over the issue for several years, Roxon said it had yet to make any firm decisions on the proposed regime.

She said the Government would await a Joint Parliamentary Committee on Intelligence and Security report on the reforms, which have so far been heavily criticised in public submissions.

"We are determined to ensure that we get good advice from the experts, that the public have their say, and that we can be confident that the decisions the Government makes will have the best balance in place to make sure we can protect the community but also respect people's privacy," Roxon said.

Roxon dodged a question on whether she favoured the regime, saying that it was an issue of "getting the balance right".

"It has always been a balancing act between providing proper protections for the community who expect to be safe, expect our law enforcement agencies to be able to track down and prosecute those involved in criminal activity, or those intent on causing harm," she said.

"But with that always come proper oversight, how you make sure that we're not reaching too far into the private lives of Australians in order to ensure that protection."

Pros, cons and other concerns

Roxon highlighted the 1994 murder of NSW MP John Newman as a reason for data retention, stating it would not have been possible for police to reconstruct the crime scene without accessing call charge and mobile tower information.

The Attorney-General's Department told a senate committee hearing in October 2010 that internet data retention was needed to address a shift from landline telephones to IP telephony.

The main issue, Roxon said this week, was whether the telecommunications industry should be required to keep call information for a length of time, and what would that length should be: two years, one year, six months, or not at all.

She said the potential cost of such a regime was one that she would discuss with industry but suggested it would result in negligible effects on fees imposed on customers.

"It's something that's now part of doing business in a changing technological world," she said.

Roxon said her "bottom line" was to make sure that new technology would not create a safe haven for criminals or terrorists, or a no-go zone for law enforcement agencies.

"That's why we are putting forward what we know are contentious and difficult proposals but we think should be properly aired and considered," she said.