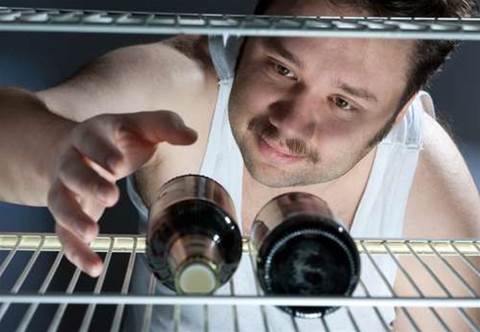 How data analysis drives interference out of NextG network.

A beer fridge in north-east Victoria is the latest victim of an increasingly-sophisticated software "robot" employed by Telstra to identify things that interfere with its mobile network.

The Herald Sun reported late Sunday night that the "rogue beer fridge" had been traced to a Wangaratta man's garage after an investigation by Telstra's operations personnel.

The fridge is believed to have been interrupting mobile signals in "several neighbourhoods" of the town of 17,000, which lies about 230km from Melbourne.

Though it is at the more unusual end of the spectrum of equipment that might interfere with mobile networks, Telstra's area team manager for mobile coverage delivery in the Victorian metropolitan, Richard Henderson, told iTnews it is "one example of hundreds and hundreds of investigative interference jobs that are done each year across the country."

"The sources vary — it can be domestic equipment, it can be [TV] masthead amplifiers, it can be electric or plastic welding stuff in industrial estates, it can be illegal repeaters," he said.

"We just look at them all and go after the ones that are worst and approach it that way.

Over the past 18 months, Telstra has been fine-tuning a "software robot" developed out of its Operations division to help track down sources of network interference.

The "robot" is effectively an algorithm that crawls a database of performance stats collected from equipment across the NextG mobile network.

The subset of data that the tool — and Telstra's engineers — are particularly interested in is uplink noise rise.

"That's where we get our coverage and capacity 'stolen'," Henderson said. "It eats into the performance of the network."

Henderson said the software "looks for all the outliers" in the uplink noise data from cell sites and "raises a flag" if it finds anything suspicious.

"[Operations have] tuned it so well, in fact, that this thing now actually generates its own work tickets and sends it to the crews that do the field investigative work," Henderson said.

"Then, of course, they prioritise that work depending on the severity of the noise rise."

Henderson's team of engineers — which looks after network planning, design and performance — also plays a role in the prioritisation of interference jobs.

"One of the measures on us is how well the network performs, so if the network's not performing well we've got to do something about it too," he said.

"We've got our own set of reports that my guys use, which is pre-robot."

The reports are generated daily and analysed by a member of Henderson's team "first thing... in the morning". Unusual activity in the daily reports is cross-checked with what the robot has come up with.

"Nine times out of the ten, the robot did get it, so we'll just add priority to it," Henderson said.

"We help prioritise the output of the robot depending on what we see as the performance impacts on the network."

Having charted the impacts of uplink noise for years, Henderson said engineers had become adept at recognising the unique noise "signatures" generated by particular pieces of equipment, such as illegal repeaters.

"The more you look at [noise charts], the more you get to recognise some of the signatures," Henderson said.

Repeaters are devices used to strengthen weak phone signals. They are not illegal to buy but are illegal to switch on, unless registered with the Australian Communications and Media Authority (ACMA).

iTnews reported a year ago that Telstra engineers suspected a "vast" undercurrent of illegal repeaters were causing issues for its NextG network. The ACMA has been cracking down on their use, and the Federal Government has recently moved to tighten legislature to put the onus on suppliers of repeaters to record "a greater degree of detail on devices purchased".

Henderson said illegal repeaters remained a problem for engineers but "they're not as bad as they once were."

"They're always there," he said. "There's not a consistent number of them".

Factories were fairly common places to track down illegal repeaters, according to Henderson, who described a particularly severe example of how they could impact network performance.

"There was one out in Dandenong [in Melbourne's south-east] probably 12 months ago or thereabouts [where] 36 sectors [were] impacted from one illegal repeater in the industrial area of Dandenong South," he said.

"[There's] basically three sectors per [cell] site, so roughly about 10 sites — which is a big chunk of the suburban network — was impacted by this one illegal repeater".

One of the challenges in tracking sources of interference is determining whether or not the culprit actually resides in Telstra's own network.

"Sometimes you generate internal noise from within the base station," Henderson said. "We've got to be able to differentiate between that [and external sources] because that then determines how we attack the problem."

Internal issues — known as passive intermodulation (PIM) — may be the result of "dodgy RF cabling" or ageing connectors in the base station.

"PIM is still a pretty big one for us and it's ongoing as these RF components degrade over time," Henderson said.

"We've got an ongoing program of external plant maintenance [to combat PIM]."

Henderson said that in most cases where an external source of interference is located, the owner of that source generally complied and switched it off when made aware of the effect it was having on mobile communications.

Cases where the owner refuses are referred to the ACMA, and large fines can result.

"We spend a lot of time and energy looking into it to make sure we get as good a performance as we can out of the network."