RMIT to roll out uni-wide Salesforce 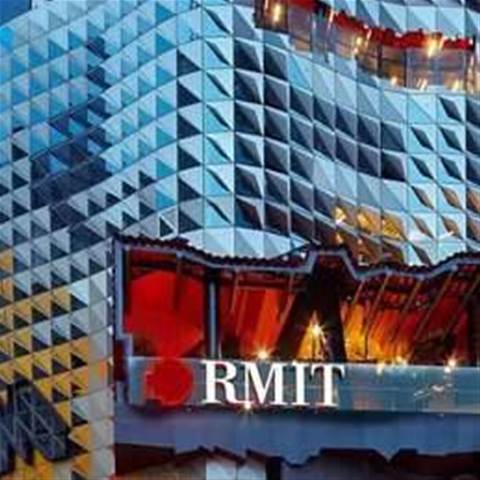 RMIT has started to deploy a higher education-specific configuration of Salesforce that will ultimately power the digital transformation of student engagement across the university.

HEDA is designed to get universities using Salesforce tools to engage more heavily with students throughout their learning.

RMIT sees it as a way to bring flexibility into its student management processes - essentially a path to introduce new learning options for students and to track their individual learning requirements and journeys.

The capability expansion is seen as important because higher education in Australia is highly competitive.

“We had a real issue and risk around reputation and values,” he said.

“The challenge we had was if we were going to be seen as a university of innovation and [one that is well] connected with industry and we didn’t stick to that then we would really slip down in terms of the rankings.”

Like other Australian universities, RMIT is well-attended by international students, a lucrative source of revenue.

“We also had a real risk to revenue in terms of international students,” Oppenheimer said.

“With competition from around the globe, if we didn’t address [their learning experience] we were going to have a real challenge in terms of the funding coming into the organisation.”

To begin, Salesforce is being used in RMIT University Online, in support of the learning journeys of around 8000 students that use it to conduct their postgraduate studies.

However, early next year, RMIT plans to expand Salesforce into the “bricks and mortar” side of the university, where it will dramatically scale up to cover some 85,000 students and 11,000 staff.

“Where we’ve started in the first instance was building out for RMIT Online. That meant you’ve got a relative greenfield so that you could take HEDA and you could do a lot of things with it that would be far trickier if you were doing it within our bricks-and-mortar university,” Oppenheimer told iTnews.

“We’ll look at what’s working there and then bring that back into the university.

“We’re implementing a single [Salesforce] org and then we’re going to be using a single data architecture. That means whatever we want to build is going to be sitting there in a single org so we can pass the information around and share the same sort of insights.”

Salesforce will be used to implement “eight core initiatives” into student management and engagement.

The core initiatives cover areas including the new introduction of new “micro-credentialing” learning products, analytics and insights into staff and student journeys, and the automation of “some very manual processes”, Oppenheimer said.

“If we look at a classical view of a student lifecycle, we realised very quickly that just redoing what we currently do today wasn’t going to be enough [to guarantee our future]," Beevor said.

“There was actually new capabilities that we were going to introduce, and it was all centred around the experience of the student."

“We’re looking at additional micro-credentials for students: work integrated learning, overseas placements, and actually being able to market those, manage the relationships, manage the service that sits around there, and all those in combination start to drive belonging and success.

“So our goal is to essentially take students, give them the maximum experiences that they can have and use Salesforce technology as a pipeline to do that, and take them to higher levels of performance right across the lifecycle.”

On the introduction of micro-credentialing, Beevor said RMIT is looking to the Salesforce ecosystem for tools to manage that process.

“Essentially we want to turn our university into a factory where all of our groups are working together to bring a pipeline of placements in to be distributed out to our students,” Beevor said.

“The second thing is we actually need to surface those opportunities digitally to our students. We were looking at offering micro-credentials, short courses, online offerings, places and mentors all in a marketplace concept. So we’re going to use technology on Salesforce [by] CloudSense to actually be able to build a marketplace…”

RMIT is using an implementation philosophy for Salesforce that Beevor termed “nothing is enterprise”.

At its core is the idea that there would be too much internal resistance to a big bang, enterprise-wide system deployment from day one.

“We feel that if we rolled anything out at complete enterprise [level], the first thing that happens is that the university resists it,” Beevor said.

“So we actually want to find groups within the university that are passionate about delivering these experiences, make them successful through the technology, then use their learnings to drive it out across the uni.”

Oppenheimer said ‘nothing is enterprise’ would ultimately permeate all future ITS projects, not least because it turned the business into evangelists for IT projects.

“I think it’s a methodology that, if you stick with it across all of your platforms, people will stop saying ‘oh that’s a tech program’ or ‘that’s IT-led’,” he said.

“I definitely think it can be applied across ITS and it has to [be].”

The model could gain even more power in RMIT if students - in addition to staff - become big fans of the new capabilities enabled by Salesforce.

“When you have the students get really excited about it that’s where it really becomes powerful,” Oppenheimer said.

The idea of starting small and growing incrementally is also one that is embedded in ITS culture.

Beevor said RMIT wanted to tackle the Salesforce deployment in an “Epic-based” manner.

Epic is Atlassian-speak for a project that can be broken down into a number of smaller parts.

“We want to start small, build the functionality, make people successful and then iteratively devops that over time,” Beevor said.

“A key consideration for us is speed to market. If we try to do everything at once we probably won’t be [as] successful [as] if we try and do it piece by piece.”