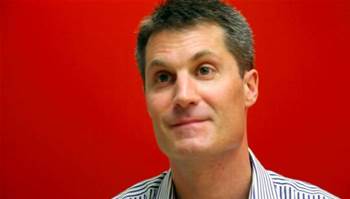 Film and music studios are turning a blind eye to illegal use of their content in Youtube videos in the hope the videos go viral and generate alternate income sources.

David King, creator of Content ID, a technology used by YouTube to monitor user uploads and discover potential copyright breaches, claimed that because YouTube is able to place targeted adverts in or around popular videos, it provides an additional revenue stream for the copyright holders.

The phenomenal popularity of YouTube means its Content ID system, which went live in October 2007, has to scan through 100 years worth of video content every day. Because of Content ID, YouTube has been able to monetise one in every seven videos, which is significant considering the site serves around one billion videos every day.

"We get about 20 hours of uploads every minute and given the scale of our operation we thought it was reasonable to assist rights holders to find content on the site and to not make it purely a manual search exercise for them. So we automated it and made it scalable," said King, who was in Sydney this week.

King explained that the Content ID tool requires copyright holders to register with Google and provide samples of their material. This is analysed and placed in a database, which is referred to every time a new video is uploaded.

"The system really only works when we have a reference file to look back to. When you upload a video, it takes us a few minutes to process it. During that time we run this Content ID process and if there is a block [the video] never gets published," he said.

According to King, rights holders who provide Google with samples of their content, which currently includes every US movie studio, record label and network broadcaster, can choose whether to block flagged content or monetise it by sharing advertising revenues with Google.

Sony Music profited from such an incident when a YouTube video using Forever by Chris Brown went viral and notched up more than 33 million views. Apart from increased downloads of the song - sales shot up 1721 percent in a week - Sony also received a share of revenue from advertising on that YouTube page.

These successes mean copyright holders now tend to allow their content  to be used 'illegally', in the hope of another viral success.

"When we built this, the day we flicked the switch, we thought either [content providers] will take it all down or leave it up - but the value proposition has been well understood by the media industry and they have decided in the vast majority of cases, to leave the content on the site" said King.