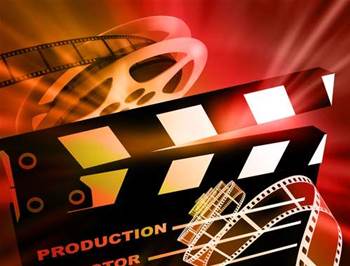 A proposed scheme to address allegations of copyright infringement on the internet would force rights holders to open their detection technology to third-party audits and limit the number of notices to 100 per service provider a month.

Less than a week before iiNet is due before the High Court of Australia to battle with the Australian Federation Against Copyright Theft, it has been named a signatory to the proposal [pdf], which has been published by industry body the Communications Alliance.

Other ISP signatories are Telstra, Optus, iPrimus and Internode.

The proposal calls for an 18-month trial of a 'notice and discovery' scheme where ISPs agree to pass on notices of alleged infringement to users, but only under a range of conditions.

Apart from indemnifying participating ISPs from action, rights holders who want to participate would be forced to pass an "accreditation or pre-approval process" run by an independent auditor.

"This will involve an independent audit of the Rights Holders' infringement detection technology and processes used to generate infringement notices to be forwarded to ISPs," the proposal stated.

If they made the cut, rights holders could then send notices of alleged infringement to ISPs - as long as they are set out in an agreed format.

ISPs would "endeavour" to match the information to an account holder. They would have 14 days to either forward the notice or advise it could not be done.

The notice would carry no "livery" or branding identifying the ISP. Any correspondence from the ISP's customer would not pass back through the ISP but directly with the rights holder.

The notices would also carry wording to the effect of "the detected activity might not necessarily have been undertaken by the Account Holder him/herself".

In the first instance, an 'Education Notice' would be sent. The customer would have 21 days grace to act. In that 21 days, the ISP did not have to take "any action (including sending further notices)".

If, after the 21 days is up and within a year, another infringement allegation is received that can be matched, a 'Warning Notice' would be issued.

After another 21 days' grace for the customer and the ISP, the service provider could send a further two 'Warning Notices' before it would have to explicitly act.

The ISP would then send a 'Discovery Notice' to the customer, again with 21 days "grace".

If no action was taken, it signalled to the rights holder that they could "apply for access to the Account Holder‟s details by way of a preliminary discovery or subpoena application".

If a court granted the subpoena, the ISP "may" then hand over details of the account holder.

If at any point in that process there was a 12-month lapse, the infringement count would be reset to zero - "i.e. treated as if that account holder had never been the subject of a previous copyright infringement notice".

Under the proposal, ISPs would be reimbursed costs to run the scheme. The discussion paper provides a laundry list of potential costs.

Rights holders, it appeared, could not claim any costs themselves because they "enjoyed the benefit of royalty returns recovered by virtue of the scheme."

ISPs could legitimately claim costs like "business process/design" and "software/hardware design and implementation".

But they would not be required to automate any part of the process of passing on notices under the trial - meaning any IT or processes created would be manual or "semi-automated".

"Accordingly, no ISP will be obliged to process more than 100 copyright infringement notices during a given calendar month during the period of the trial," the proposal stated.

In addition, rights holders and ISPs would operate a panel to facilitate appeals and to educate customers on the perils of copyright theft.

The proposal argued that notices would "embarrass" most alleged infringers into stopping their behaviour - and that further action was only necessary for a "minority... of 'recalcitrant infringers'".

The Communications Alliance said consultation was needed with a range of groups to fill out the proposal before it could be implemented.