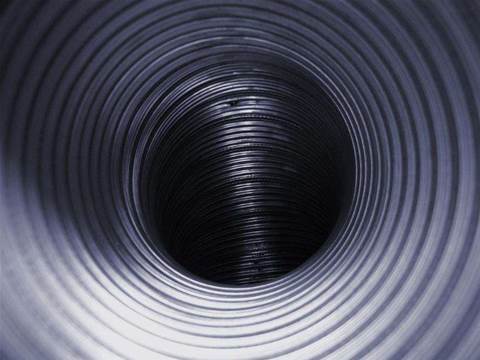 Duct damage an unknown in negotiations.

Questions have been raised about the utility of Telstra's ducts sought by the Government and NBN Co in negotiations with the carrier, a regulatory gabfest in Sydney heard today.

Some of Telstra’s network of galvanised steel ducts were likely to have been rendered almost completely useless to the National Broadband Network due to corrosion and tree roots, Richard Dammery, a partner at law firm Minter Ellison and former Telecom New Zealand executive said.

“Some ducts in Sydney are galvanised steel that has corroded [or] has tree roots through it,” he said.

Dammery said that when Telecom NZ purchased old gas ducts in Dunedin with a view to blowing fibre through them, “there was so much crap inside the gas duct network [caused by years of gas flow] that it could not be used.”

“There are so many issues in making a duct network reusable,” he said.

The assertion cast serious doubt over how valuable Telstra’s assets might be to NBN Co. In October, Telstra said the duct network would likely be of most value to NBN Co, but admitted it did not know how much capacity was left for fibre.

Duct assets were not the only potentially valuable asset Telstra could offer to NBN Co - customers for migration to the new network were also on the table.

Dammery proposed an alternative to NBN Co doing a deal with Telstra to migrate ADSL customers or traffic onto the NBN - although he admitted he hadn’t fully developed his thinking on the idea.

“Back in the early 90s when fixed wired competition was introduced, how did customers get onto the Optus network?” he said.

“The Government ran a ballot asking ‘Who would you like to take your long distance service from?’”

Dammery said that between 20 and 25 percent of customers switched to Optus for long distance services as a result of the ballot process.

“If you can get that when competition is a completely new thing, I’d suggest in an advanced market if you ran a ballot [you’d get a better result], but I haven’t developed this thinking,” he said.

“It’s not clear to me [that] we need to deal with Telstra to get that customer migration [to NBN Co]. All I’m saying is that if you don’t leave it to market forces there are other ways to get customers onto NBN Co’s network without doing a deal with Telstra and paying out billions of dollars.”