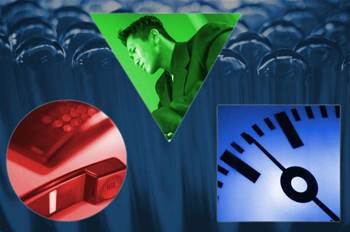 According to the latest report from Point Topic, last year marked a turning point for the communications technology.

"2006 was the year when VoIP really began to gain traction in many consumer markets," said John Bosnell, senior analyst at Point Topic.

"If you add in the PC to phone, and PC to PC clients like Skype, we estimate that the global number is over 50 million regular VoIP users."

Japan was identified as the leading country at the end of 2006 with 13.75 million VoIP subscribers. The US had 8.9 million subscribers, and France 6.6 million.

"It is still a maturing market, however. For example, VoIP is regulated in a variety of ways in the developed world," explained Bosnell.

"Many countries, such as Japan, the US, France and Sweden, have adopted a liberal approach, some countries continue to consult on how best to regulate it, and VoIP is even illegal in some developing countries.

"There are operators around the world reporting huge growth, over 600, 700 and even 800 per cent in subscriber numbers. It will be difficult to repeat in 2007 but VoIP has definitely arrived."

However, the analyst firm warned that compiling VoIP subscriber numbers is " not an exact science".

Different operators and regulators use different definitions of IP telephony, and VoIP activity can be measured in terms of lines, revenues or minutes carried.

For the purposes of its analysis Point Topic has counted residential voice subscriptions that provide full telephone functionality.

It does not include calls carried over an IP VPN from one business site to another site of the same business. Also excluded is telephony traffic that is carried on trunk networks as IP traffic, for example by a calling card provider.
Got a news tip for our journalists? Share it with us anonymously here.
Copyright ©v3.co.uk
Tags:
agecomesofretailtelco/ispvoip