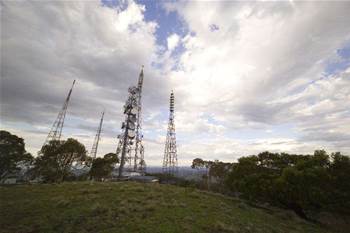 Part 1: An iTnews investigation from the front line.

Quakers Hill resident Kathi Janssens was "completely terrified" when she received a letter from Blacktown Council in Sydney's west notifying her of a proposed new mobile phone tower in the area.

"I cried the whole night," she said. "But my best friend said, 'Don't be stupid. This is something you could do something about'."

Quakers Hill residents have since lodged over 50 individual submissions to the council urging it to reject the tower.

A petition against the tower garnered 1,123 signatures. Council is due to vote on the proposal in about two months.

"It turns out the community holds the same fears [and concerns] as I do," Janssens said. "It was a relief that I wasn't alone."

Resident action groups have re-emerged as a force in tower placement decisions in Australia.

Three months ago, Victoria's Yarra Ranges Council had been set to approve an Optus tower in Lilydale [pdf], but more than 50 residents in the public gallery managed to "persuade councilors to stop the project dead in its tracks".

Residents at Corlette, north of Newcastle, forced Telstra to withdraw a planned tower in April.

In May, residents of the Mornington Peninsula community of Tootgarook petitioned against a planned Optus tower.

And this month, an action group at Sellicks Beach in South Australia is disputing a proposed Telstra tower.

Meanwhile, action groups at Skennars Head on the NSW far north coast and Bardon near Brisbane remained locked in long-term battles with Optus and Telstra respectively over planned towers.

It's unclear whether the number of media reports is indicative of any overall rise in the incidence of disputes.

But it does raise questions about the effectiveness of community consultation provisions in the industry code governing antenna deployments, and the point at which carriers should rethink or simply walk away from projects that become running battles with residents.

Ballina Shire Council last month passed a motion to escalate a dispute over a planned Optus facility at Skennars Head to the Telecommunications Industry Ombudsman (TIO).

The TIO letter is just the latest move in a dispute that has run since 2009.

The letter is being drafted by council and the local action group Worried Householders Action Against Tower (WHAAT).

"We're going to invite the ombudsman up to a site inspection of the [proposed] facility so he can get an appreciation of how close it is going to be to residential buildings," local Greens councillor Jeff Johnson told iTnews.

"The antennas will be about six metres from someone's bedroom, which is ridiculously close in anyone's book."

Optus' proposal is to deploy six panel antennas on a water reservoir owned by Ballina Shire Council "protruding from the structure by no more than three metres".

The carrier considered eight potential sites, according to documents lodged with the council, but said that the reservoir represents a "topographical high point in the terrain, and hence provides the most superior coverage with minimal visual impact".

Other locations would require a bigger tower structure or two base stations, project consultants Daly International, acting on behalf of Optus, noted.

In March, a "unanimous" council recommended Optus co-locate its antennas on existing Telstra infrastructure in the area rather than on the reservoir.

In letters to council dated 6 May and 16 May respectively [pdf], Daly and Optus say they have made "every endeavour" to address concerns about the tower and that they plan to push ahead with construction regardless.

"Optus... is not prepared to incur further delays as the site is required in order to achieve a successful mobile network," Daly wrote.

Johnson doesn't buy the commercial prerogative. He accuses Optus of "arrogance" and putting "commercial returns" ahead of the community's interests.

"They've indicated quite clearly that they do not care about residents' or council's views and are determined to go ahead," he said.

"They know the [Telecommunications] Act is skewed in their favour so they're only managing a cursory consultation phase to satisfy the requirements of the [relevant industry] code.

"It shows contempt for the local community and no general willingness to address [our] concerns."

Johnson said the community consultation process on the tower had been "farcical, basically non-existent".

"They've really brushed over the consultation phase and haven't given us the proper respect the [Telco Act] legislation requires," he said.

Johnson was concerned about the proximity of the antennas to houses and the potential for other carriers to "piggyback" on the reservoir if Optus received a green light to use it.

"There's already talk that if it goes ahead, Telstra will also want to put some antennas there as well," he said.

"It may be being sold as a small facility now but there are already plans to expand on it."

For now, council and residents were in the hands of the TIO. "We only hope that the correct decision is made," Johnson said.

Read on as we reveal why these are not isolated issues...