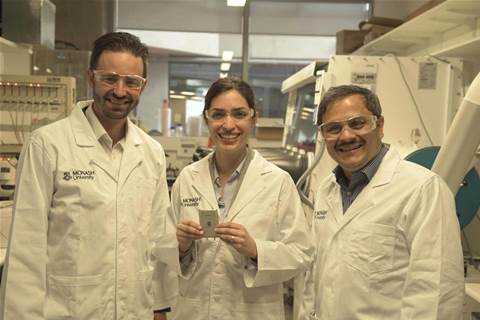 An international team of researchers led by Dr Mahdokht Shaibani at the Department of Mechanical and Aerospace Engineering at Monash University have solved a major constraint holding back the commercial manufacturing of lithium-sulphur batteries.

Lithium-sulphur batteries hold the promise of four times the efficiency of current energy storage based on lithium-ion technology, the researchers said.

This superior performance fades rapidly, however, when the sulphur electrodes are loaded to required levels, thanks to cracks caused by volume changes of 78 percent, which is eight times higher than what takes place in lithium-ion batteries.

Shaibani's team used a smaller amount of polymer binding material for the cathode, and created more spaced out structures between sulphur particles to prevent the electrode from cracking.

The prototypes have been successfully fabricated by Fraunhofer, and will be tested in Australia early this year in cars and the electric grid, thanks to $2.5 million in government and industry partner funding.

An Australian patent has been filed and approved for the new manufacturing process which was inspired by a bridging architecture first recorded in processing detergent powders in the 1970s.

If commercially viable, the manufacturing process could produce batteries that enable electric vehicles to drive over 1000 kilometres between charges, and keep smartphones running for five continuous days, the researchers said.