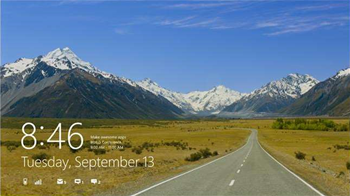 Microsoft has justified its surprise decision not to support Adobe Flash in Windows 8's Metro interface as part of its attempt to make the browsing experience "plug-in free".

The decision, announced at Redmond's BUILD developer conference this week, meant users would have to resort to the traditional desktop interface in the forthcoming operating system in order to use Flash and other plug-ins.

"The experience that plug-ins provide today is not a good match with Metro style browsing and the modern HTML5 web," corporate vice-president of Internet Explorer, Dean Hachamovitch, said on the Building Windows 8 blog Thursday.

Removing plug-ins from Internet Explorer 10 in the Metro interface would improve battery life, security and reliability of the system, Hachamovitch said.

"Plug-ins were important early on in the web’s history. But the web has come a long way since then with HTML5," he said. "Providing compatibility with legacy plug-in technologies would detract from, rather than improve, the consumer experience of browsing in the Metro style UI."

Flash and all other plug-ins would be “fully supported” in the secondary desktop interface, Hachamovitch said.

He justified a plug-in free Metro on the basis that 62 percent of the world's top 97,000 sites fell back to HTML5 in the absence of Flash support.

At the heart of its two-stream strategy is Internet Explorer 10, which relies on the same engine to drive apps on Metro and browsing on the traditional desktop.

Plug-in support was largely about Flash, with few other plug-ins requried for the vast majority of web browsing and applications.

“There’s a steep drop-off in plug-in usage after Flash, with one control used on two percent of sites and a small collection of controls used on between 0.5 percent and 0.75 percent of sites,” he said.

However, Microsoft's own ActiveX web technology would fall victim to the same line of reasoning, requiring enterprises to use the desktop view with some ‘line of business’ applications.

“For what these sites do, the power of HTML5 makes more sense, especially in Windows 8 apps,” Hachamovitch said.

Microsoft's new approach to IE 10 was a boon for web standards and pushed it in the right direction if it wanted to deliver a platform for developers to tap the growing, but Apple dominated, tablet market.

CNet’s Stephen Shankland argued that the newest browser was a major step for Microsoft since it underpinned all Windows 8 applications.

“The better the browser's support for new technologies, the better next-gen Windows apps can be,” Shankland wrote, adding that it would dovetail with Microsoft’s push for ARM-powered tablet devices.