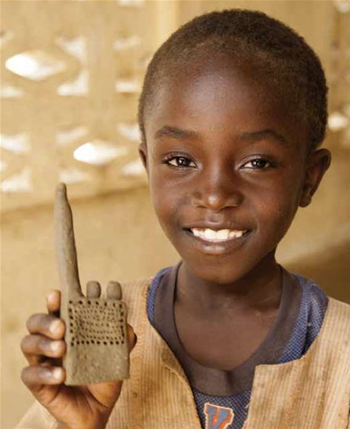 As important as food and water.

Technology such as early warning systems, radios and mobile phones can mean the difference between life and death and should be as important as access to food and water, a report produced by humanitarian agency Red Cross' parent organisation has found.

In its annual World Disasters Report, the International Federation of Red Cross (IFRC) and Red Crescent Societies cites the example of Syria, where digital data collection is used to deliver life-saving medicines in areas that humanitarian agencies cannot reach.

A barcode system set up by an American doctor, Zaher Sahloul, tracks medical supplies to ensure that they arrive at their intended locations in Syria, with data sent over encrypted virtual private networks over the Internet.

Sahloul uses social media to organise the medical supplies and to solicit donations for them. He also records and uploads videos to YouTube with instructions for physicians inside Syria on how to treat external bleeding, clean wounds and stitch up injuries caused by the civil war.

As witnesssed in Syria, the importance of technology acccess is vital to help prepare communities for disasters and to cope with them, Australian Red Cross CEO Robert Tickner said.

"More than ever, access to common technologies like mobile phones can mean the difference between life and death in Syria, where daily, close to seven million people affected by the conflict need to find out where they can access relief supplies like food and water or even a place to sleep,” Tickner said.

People banded together and crowdsourced information sent through tweets in Japan after the 2011 earthquake that caused a devastating tsunami and nuclear accident, showing where to find shelter, open food stores, petrol stations and mobile phone paging centres.

However, IFRC notes that while the poor, uneducated and women are most likely to suffer disasters, they usually also have the least access to technology to save them and help them rebuild lives and societies.

The IFRC is urging humanitarians and technologists to work together to develop tools for data gathering and communication with affected communities.

Some of the tools being built at the moment include crowdsourcing and crisis mapping ones, IFRC said. Digital data collection, which replaces notes and assessments taken down on pen and paper by humanitarian organisations and the affected population, help produce substantial gains in speed and data quality, when supported — for example — by smartphones.