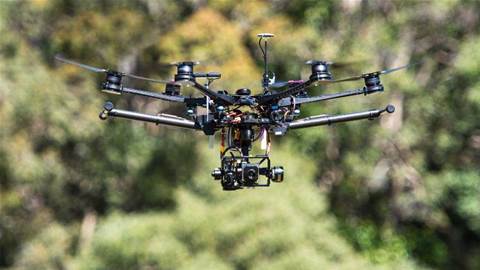 After an estimated one billion animals were killed in recent bushfires, the Queensland University of Technology will begin searching for survivors using its drones and automated imagery analysis.

In a study published last year in the Nature journal Scientific Reports, thermal imagery run through QUT’s algorithm could accurately spot 86 percent of koalas in a given area.

Experienced human spotters only managed to find about 70 percent of the four-thumbed creatures from ground surveys, while inexperienced spotters found less than a quarter.

By using DJI drones equipped with thermal imagery sensors, the trial also outperformed aerial surveys that rely on the naked eye thanks to koalas’ ability to blend into the background and sleepy lifestyles.

Now one of the co-authors of the original study, associate professor Grant Hamilton, has joined with Noosa and District Landcare to measure the impact of the bushfires on populations that were already struggling due to the loss and fragmentation of habitat due to human developments.

Hamilton is also in discussions with other animal welfare groups to carry out drone surveys for koalas in other areas.

“We are also working on ways to extend our algorithm to automatically detect other species likely to be found in the areas,” he added.

“Koalas were unlikely to have survived the canopy fire areas and we have held concerns about the survival of koalas in the less intense sites.

“Koalas have been rescued within the areas post-fire as a result of concerns for health and food availability.”

Hamilton and other researchers will begin the surveys once morning temperatures begin to drop, allowing for koalas’ body heat to stand out against background levels.