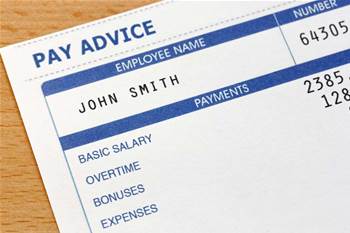 As payroll case hits the courts.

Queensland's health department is still struggling with the SAP-based payroll platform implemented by IBM in 2010, continuing to overpay workers by close to $17 million in the last financial year.

Queensland and its one-time IT partner front the Supreme Court this week in Brisbane.

In 2010, the pair went live with the new payroll system, which had been built to replace the department’s ageing LATTICE solution.

But the flawed build had a catastrophic impact on the accuracy of payments processing, which the state has estimated will cost it a total of $1.25 billion to fix.

Five years on, figures released to parliament this month by Health Minister Cameron Dick reveal the state is still overpaying workers, at a rate of just over $8 million every six months - or 13 pay cycles - in the past year of operation.

He said Queensland Health processed roughly 95,000 pays every fortnightly cycle, worth in excess of $274 million each time around.

The state is, however, beginning to make headway in terms of recouping some of the millions of dollars paid to staff.

In the 12 months to 30 June 2015, Queensland Health managed to recover $27.35 million of the $98 million that was still outstanding when the department last updated advice on its website in 2013.

It has implemented a system of automated repayments that come out of staff paychecks every fortnight.

This week IBM and the Queensland government will appear before the Supreme Court in Brisbane, as the IT giant seeks to have the state’s claim for damages over the payroll failure thrown out of court.