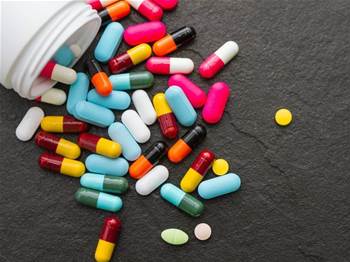 The Queensland government will introduce a real-time prescription monitoring system to combat ‘doctor shopping’ and reduce preventable deaths across the state.

The database, proposed in legislation introduced to parliament on Tuesday, intends to aid clinical decision-making for pharmacists and doctors prescribing or supplying “dependence-forming medicines”.

“The database will monitor prescribing of certain dependence-forming medicines such as pharmaceutical opioids and other prescription only medicines.”

The legislation will extend to “controlled drugs such as pharmaceutical opioids and other prescription-only medicines associated with abuse and drug-seeking such as sedatives, sleeping tablets and products that combine codeine with other medicines”.

It will require pharmacists and doctors to check the “monitored medicines database” before prescribing or supplying a, with penalties to be imposed for non-compliance.

The database, which will contain information on a patient’s dispensing history, will integrate with the national data exchange – a federated system for transferring prescription information between states and territories in real-time.

The exchange, which has been built by pharmacy systems specialist Fred IT and was rolled out last December, is the first part of the national prescription monitoring system funded back in 2017.

“The Queensland database will leverage off the national solution being developed by the Commonwealth, the National Data Exchange (NDE),” the bill’s explanatory memorandum states.

“The NDE will capture the prescription dispensing event data from all states and territories.

“Under this arrangement, Queensland will have access to its own data, and the data of other States only upon agreement with the respective jurisdiction.”

Granted the bill is passed, Queensland will join a raft of other states and territories across Australia introducing similar systems to prevent avoidable deaths from overdoses.

The system, which has also been built by FredIT, monitors the prescription and dispensing of all Schedule 8 medicines such as morphine and oxycodone, as well as other high-risk substances like codeine and diazepam.

The ACT also recently introduced its own real-time prescription monitoring system in March, following a 2017 recommendation from Corner Margaret Hunters to establish the scheme.

The system, dubbed DORA, provides online remote access to the territory’s existing Drugs and Poisons Information System (DAPIS) and will also tap into the national prescription monitoring system in the future.