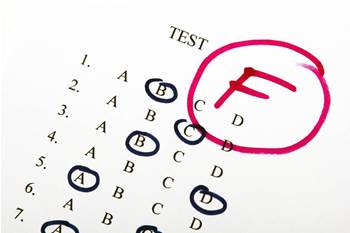 Auditor uncovers litany of errors in handing of $60m SPER IT project.

Queensland’s Office of State Revenue has been lashed by the state’s auditor-general for systematic project weaknesses that led to the junking of its state penalties enforcement registry (SPER) system.

In an excoriating autopsy of the failed debt recovery system overhaul released on Thursday, the Queensland Audit Office sharply criticised OSR’s handling of the $58.8 million project as having “not [been] effective from inception”.

It found that the “inexperience” and “unfounded optimism” of SPER’s project team and steering committee created governance weaknesses that ultimately led to the project’s downfall.

This was despite what the auditor-general described as the best efforts by senior public servants involved in the project, and various procurement, management and assurance practices.

“SPER did not sufficiently mitigate risks raised in assurance reviews and chose to remain overly optimistic rather than make the call to pause the project when it had the opportunity to do so,” the report [pdf] said.

The SPER IT project, which first began in 2014, was intended to deliver a single integrated system to replace the state’s 19-year-old Oracle-based legacy system.

But numerous delays relating to technical issues and defects with the system and cost blowouts led to the government terminate its contract with Canadian IT consulting heavyweight CGI in May 2019.

Prior to the government’s decision to dump the contract, the project was referred to the auditor-general by the state’s under treasurer Frankie Carroll.

The audit reveals that majority of problems with the project emerged before a contract for CGI’s Collections360 solution was signed.

OSR had originally gone to market for an outsourced debt service manager that could also provide a case management software solution.

But changes to the government’s outsourcing policy after the 2015 election meant this approach was no longer viable, and the agency now required only software provided as-a-service.

After briefly pausing the procurement, OSR opted to continue the existing process with only limited changes to its approach due to the excessive time the procurement had already taken.

It appears that this decision was made at least partly due to age of the existing system, which OSR was concerned “could fail at any moment”.

However, OSR did not change its “specified outcomes and minimum system requirements”, meaning that it was “not on the same page" with the vendor.

“SPER did not properly assess whether its preferred vendor had demonstrable experience in delivering its product under a SaaS model,” the audit states.

“SPER selected the vendor based on its experience in delivering outsourced revenue collection services.”

This was compounded when the contract was finally signed in March 2016, with SOR “not clarify[ing] its detailed functional requirements until late 20117 when it finally conducted a business process mapping exercise”.

“It appears that because SPER was concerned the existing system would fail, it was not willing to take the time to determine what it needed from the vendor to successfully implement the new model,” the audit states.

The auditor-general also found that system requirements continued to change throughout the life of the contract, with "three significant contract variations, several letter agreements to allow work to progress while the contract was being renegotiated and over 300 change requests".

This“increased the vendor’s revenue from the project, with an additional $10.3 million on top of the original agreed contract value for implementation of $13,780,609”.

“It is clear from the significant variations to the contract, and from many change requests SPER submitted to the vendor, that SPER and the vendor had different expectations about what services and deliverables were required,” the audit states.

“From the vendor’s perspective, SPER did not fully leverage the capabilities of its product and modify its business processes to work with its product. From SPER’s perspective, it found the product did not meet its requirements.”

Several other procurement process weaknesses, including the “over-use of external consultants and contractors” due to” inadequate ICT skills and experience” within SRO, were also uncovered by the auditor.

“Most of the work for the procurement process was undertaken by contracted-in individuals and external agencies appointed by SPER as experts,” the report states.

“This created a risk that the vendor’s solution would not meet SPER’s needs as there were limited staff with in-depth SPER knowledge involved in the procurement process and product assessment.”

SPER also confessed that detailed functionality requirements were not created for the project from the start in line with the government’s approach to procurement, which at the time relied on high level objectives and market innovation.

“SPER management advised us that they were relying on the vendor telling them what good practice looked like, rather than SPER needing to define exactly what it needed,” the audit states.

This was one of the reasons that the SPER team was found to have been unable to “adequately assess the vendor’s capability or conduct due diligence on the vendor’s product during the procurement process”.

“SPER’s ability to assess the vendor’s product was constrained by the fact that it did not begin to define its requirements in sufficient detail until about 15 months after it signed the contract when it conducted a business process mapping exercise,” the report states.

“The vendor’s international sales team were involved in the procurement process but were not the same as the delivery team.”

“SPER found the vendor’s local delivery team did not have a good understanding of the vendor’s product, as it had not yet been implemented anywhere in Australia.”

While the audit made no specific recommendations for OSR, it has recommended that the Department of Housing and Public Works develops guidelines to help agencies established digital and ICT contracts.

The department, which hosts the whole-of-government IT function, has also been told to continue to improve the digital project dashboard.

Queensland Treasury has been asked to update its guidelines to ensure audit committees are required to monitor and receive report from management on risk for major IT projects.

The audit raises questions about the stability of the existing legacy SPER system, more than 90 percent of which is out of vendor support.