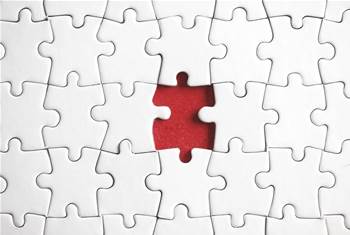 Queensland agencies are going against advice provided by the government Chief Information Office, choosing not to report some IT projects on the state’s central IT accountability mechanism.

Queensland's Audit Office today released its probe of the IT projects dashboard, which uses a traffic light system to track $1.3 billion in IT programs and projects from across the public sector.

The public dashboard was introduced in 2013 after the state’s extensive IT audit in 2012 found lack of transparency to be the "single biggest cause of the poor state of government ICT".

In the latest report the state's auditor found that although the dashboard has improved the visibility of government IT projects since its introduction, “several weaknesses with the completeness and controls over the accuracy of the content” mar its performance.

Most concerning was that 32 projects worth $161.4 million that met the QGCIO guidelines for inclusion were identified as missing from the dashboard.

The guidelines were developed as a tool to decide which projects should report on the dashboard but aren't mandatory for agencies to follow - creating inconsistencies with the information published.

“Departments can create their own guidelines or modify QGCIO guidelines for their use,” the auditor said.

“As a result, the departments choose which projects they publish.”

Agencies gave a number of reasons for not publishing the projects, including “a breakdown in internal processes” and having “their own interpretation of what a major ICT project is”.

The Department of Education, for instance, decided to report only projects considered “transformational and innovative” and not those concerned with replacing existing system.

This interpretation bypassed 10 projects worth $9.3 million, but Education has since “aligned its criteria more closely to the QGCIO guidelines”.

Some agencies also found problems with the value threshold for inclusion on the dashboard in the “current economic environment” and chose to establish higher reporting thresholds for publishing projects.

The Department of Health picked a threshold that was ten time higher than the $100,000 threshold, while the Department of Justice and Attorney-General chosen to report projects value at more than $500,000.

The audit also found similar problems with relevance and accuracy of the information published on the dashboard.

“We found gaps in some projects’ explanatory notes, and it was not always evident when changes were made to the original scope, cost, and schedule, which is known as the ‘baseline’, the auditor said.

More than a third of projects listed on the dashboard “did not have enough notes about key decisions and major changes that occurred throughout their lifecycle”.

The dashboard’s static nature also meant it was hard to know when projects were closed “without achieving their outcomes” or replaced by a new project.

“This makes it difficult to assess whether departments are realising value for money,” the auditor said.

Close to 70 percent of projects have had changes to their “scope, cost or schedule”, but these projects report an “on track” status because the re-baselining has been approved by a governance body.

This is the case with the Queensland’s long-running emergency services payroll overhaul, which earlier this year issued a change request to the executive steering committee for a revised delivery timeframe.

Some of this is down to the design of the dashboard, which “does not display information on how complete the projects are (as a percentage) or what deliverables and outputs they have achieved”.

There are also no controls built into the dashboard to “prevent users from altering the original details of the project”, leaving agencies free to change information.

Almost one fifth of projects were also found to have been in a delivery stage for more than three years.

The dashboard has previously come under fire for reporting projects as ‘green’ or on track despite being over budget, and earlier this year the state opposition used it to claim the Labor government was presiding over an $250 million IT budget blowout.

A similar dashboard run by the Victorian government was also recently pulled-up by that state's auditor for failing to report in anywhere close to real-time.