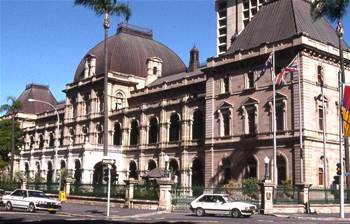 The August replacement of the four-year old Lenovo laptops was just one of a handful of IT initiatives undertaken by the department over the past year, along with the implementation of a SharePoint Hansard production system.

The new Q702 laptops, with detachable screens, offer “considerably more function and power than an iPad,” according to clerk of the parliament Neil Laurie.

The devices run full Windows 8 with Microsoft Office 2013 Professional Plus, on an Intel core i5 chip and 256GB solid state hard drive. Each parliamentarian was given two detachable keyboards.

Earlier in the year, the DPS replaced its switch infrastructure within parliament to allow wider wireless access to parliamentarians and staff.

A review into the parliament’s telecommunications environment was also initiated and actions on the review will proceed this year and next.

A broad range of work will see the DPS introduce a “fully converged voice/data network using a fully managed Telstra IP Telephony solution” which will introduce VoIP in the parliamentary precinct and electoral offices, upgraded handsets, and eliminate “costly duplication” of networks and cabling.

It will also provide a platform for SharePoint collaboration and video conferencing tools, Laurie said.

The Queensland Parliament recently invested over $300,000 in a SharePoint Hansard production system and extended the web application to a number of other projects, including a new intranet.

Laurie said the above measures would all need to be achieved without increasing the Parliament’s annual spend on voice and data.

Looking ahead, the department is preparing for an upgrade to its financial information management system next year. The DPS currently uses Navision software for the system, and will need to upgrade to a more recent, supportable version, which will require some customisation for unique reports and screens, Laurie said.