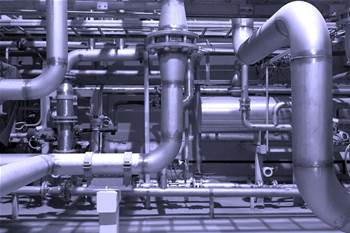 Queensland Health has appointed Fujitsu to help introduce Orion Health integration software into its IT environment as the first step in a massive work program to incrementally replace its legacy systems.

In September the state government department revealed it was planning to tackle its heavy legacy environment not by a single big-bang systems overhaul, but by first addressing the plumbing tying the systems together.

At the moment, around half of Health's critical legacy applications use the ageing Oracle e*Gate and JCAPS products, which will soon be sunsetted. The other half are dependent on bespoke point-to-point interfaces and messaging.

Similarly, data exchange in the health sector is incredibly complex due to the myriad ways of collecting data sets, as well as localised use of non-enterprise applications.

McCririck and Kirby's solution to the problem has been to introduce a flexible piece of middleware with accompanying standards for data exchange.

They're looking to lay the groundwork for a shift to the emerging FHIR standard for healthcare systems interoperability, away from the older, incumbent HL7 standard widely in use in the sector.

After putting out the call for what they term an "interoperability solution" earlier this year, the executives have landed on Orion Health software with integration provided by Fujitsu.

“Queensland Health’s doctors, nurses and clinical staff rely on accurate and timely access to information to do their jobs," McCririck said.

“Currently we have many systems and applications that all need to share information using the outdated middleware software that connects our enterprise applications."

Under the first phase of the program, the department will refine and confirm its requirements as well as the solution design and implementation approach.

The IT team said it would take a co-design approach with its providers in order to mitigate any risks and technical issues.

It expects to complete the first phase by June next year, and begin installing the new middleware after that.

McCririck and Kirby previously signalled the project would likely take around 18 months to complete.