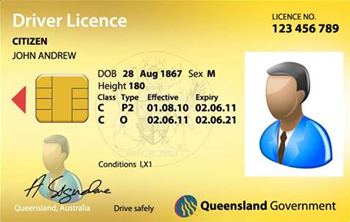 The Department of Transport and Main Roads on Wednesday announced the new “multi-year agreement”, which will also support the state's soon-to-be-trialled digital licences.

Unisys has provided facial image processing technology and services to TMR since the state government introduced smart card licences in 2010 in a bid to reduce identity fraud.

The smartcards are also embedded with a small computer chip that stores basic personal details of the licence holder.

Under the deal, Unisys will provide TMR’s new facial signature image processing system, which will be used to verify the identity of Queenslanders applying for or renewing a licence.

Unisys said the system, which will be based on its Stealth (identity) multi-factor identity management and authentication solution, will automate the process of capturing biometric data used to authenticate identities.

It will also provide “configurable application programming interfaces to integrate biometric authentication across physical and digital channels, including mobile devices”.

The deal comes as the department prepares the state’s first digital licence trials in the regional towns of Maryborough and Hervey Bay on the Fraser Coast. The trials will see digital photo identification cards, learner licences and recreational marine licences available to residents later this year.

“This helps reduce the risk of identity theft to Queensland licence holders and gives them confidence their personal licence information is being kept secure,” she said.

“By moving to Unisys' Stealth (identity) modern image capture platform, we are ensuring the high standards are maintained into the future."

The solution, which will include facial compliance software and image capture devices, will be delivered to TMR as-a-service, which Unisys said would allow for faster rollout of software upgrades.