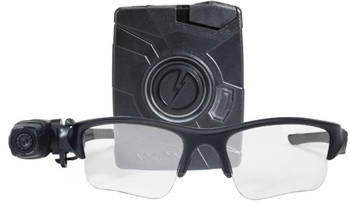 Chief commissioner Ian Stewart and police minister Bill Byrne today announced government funding to roll out an additional 2200 of the devices to crime hotspots throughout the state, bringing the full tally to 2700.

Around 94 operational units in 26 geographical sites will now get enough cameras to equip every frontline officer on duty during a shift, with the rollout set to be complete before Christmas this year.

A full list of the sites that will get the latest batch of cameras can be found here.

The most advanced force in terms of the deployment of camera technology, QPS has also introduced the most developed rules governing their use.

Head of the body-worn camera program, acting inspector Wayne Hutchings, said the governing policy contains two requirements where officers must activate the camera: "when they exercise a police power or they apply the use of force”.

He conceded, however, that this first activation trigger has “a very open ended definition”, but insisted the force was confident that it "covers pretty much every incident that an officer would respond to where they know that they’re going into an incident and they’re going to exercise that power”.

Commissioner Stewart said there would be an auditing process that would review the performance of the cameras and instances when they have not been activated by individual officers - with some leeway for exceptional circumstances.

“We understand that there will be times where an officer is surprised by the actions of an individual that they are engaged with, and they may be in a situation where they are trying to defend themselves and look after their own safety,” he said.

The police boss would not be drawn on whether the cameras and new policy may prevent incidents of police brutality, but did confirm that one of the reasons the force had adopted the technology was to “help us get a better handle on exactly what does happen”.

“It is also about officer safety and organisational credibility,” he said.

The Axon Flex devices, manufactured by Taser, record or “buffer” continuously during a shift, but only begin to save the footage when activated by an officer. They are equipped to automatically save the 30 seconds of footage prior to activation as well.

The pen-sized machines can be attached to roughly 30 different mounts that tack on to sunglasses, hats, helmets and vests. The QPS will use about six of the different options.

QPS has signed a three-year deal with Taser’s Axon subsidiary for the additional 2200 devices plus subscription access to its Evidence.com cloud storage service to host and manage the uploaded video.

The rollout makes good on a $6 million election commitment by the Palaszczuk-led Labor party ahead of the January 2015 state poll.

Minister Byrne said he was confident more money would be forthcoming in the future to expand the program so every QPS officer on the beat is equipped by with a camera.

“The merits of this program are such that it will not be hard to convince people of the return on investment," he said.