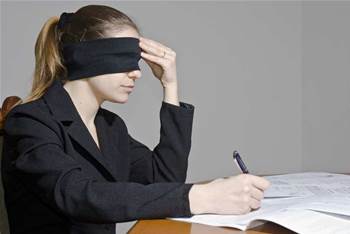 Three Queensland government departments lack the skills, governance and systems needed to ensure they are receiving the best value for money with procurement arrangements, a new report by the state’s auditor-general has found.

The Queensland Audit Office studied 62 contracts from three major departments and the numerous agencies contained within, to determine whether Queensland’s annual procurement spend of $10.9 billion was being well spent.

While it found gaps in necessary skills and governance, it also discovered a state-wide contract management system, implemented almost two years ago, was only being used by a minimal number of agencies.

Significantly, at the Q-Contract system’s host department, the Department of Housing and Public Works (DHPW), only five of the department's business units were using the software.

The contract management lifecycle system is available to all budget sector agencies across the government, and was implemented in January 2012 to plan, monitor and report procurement activities across whole-of-government.

It is externally hosted by contract management software company Open Windows Australia and at the time of implementation, the state government required all budget agencies use the system.

But in its most recent report to parliament, the state’s audit office found the audited departments weren't using Q-Contract and were instead relying on “inadequate” systems for contract management, which did not hold complete or centralised records of contract activities.

The Queensland government also set up a procurement transformation division (PTD) within the DHPW in July this year in an attempt to increase value for money from procurement.

But given the holes in systems, skills and governance within the audited agencies, the audit office found PTD was unable to get enough details about department’s contract activities to make the most of its bargaining powers with suppliers.

No value for money

The combination of a lack of appropriate skills, bad contract management practices and governance meant the audited agencies weren’t achieving value for money, the report found.

"Gaps in capability included the ability to establish contracts with clear performance expectations; to manage supplier performance during contract provision; and to make a considered decision to renew, extend or re-tender contracts,” it said.

“By not flagging in advance that a contract was due to expire, the departments did not give themselves enough time to plan for contract expiry and were more likely to extend without confirming that the current arrangements were achieving value for money.”

The audit office found a significant number of the audited business units had duplicate contracts with the same supplier, under a different contract arrangement.

The Department of Transport and Main Roads was found to have 150 contracts, worth around $135 million, with 66 suppliers holding multiple contracts with the agency.

How to cope in a contestability model

The issue will become more critical as Queensland state agencies move towards the government’s new contestability model, detailed under the state’s 2013 IT action plan.

The action plan covered around 80 measure in 12 key areas of focus, including contestable ICT, where state agencies will be required to adopt an “as a service” approach by default.

The government will move away from owned and operated IT, and will fund IT services on the basis they are subject to value for money assessments, performance measurements and can demonstrate return on investment.

The three departments studied by the audit office in the report will face a “critical” situation with their contract management practices over the next four years as the state government acts on its ICT strategy and department moves to the role of “enablers”.

According to the report, the PTD confirmed the departments in question did not currently have the necessary skills to support the new contestability framework.

As such, the audit office recommended each department implement a framework to ensure it has sufficient and appropriate skilled to manage contracts; look at the value for money proposition before extending or renewing a contract; implement a contract management lifecycle system; and define expectations and establish performance monitoring for supplier contracts to ensure value for money.