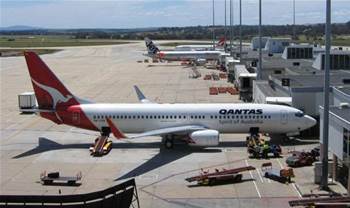 Qantas has begun the process of transitioning its entire website to the Amazon Web Services cloud, CTO Chris Taylor revealed this morning at Sydney's AWS Summit.

The airline began exploring cloud computing as a platform for Qantas.com - which takes up to a million bookings every day - more than a year ago.

Taylor said the shift has now begun in earnest after he became "absolutely confident" that it would not fail once it was deployed.

It followed the same execution procedure it would had it been deploying into its production environment, and later sent 100,000 hits to the application in three minutes to test for peak loads.

The successful results of the pilot propelled the airline to embrace public cloud more widely.

"We are moving qantas.com to the cloud right now," Taylor said. "We have got our first microservices in there - these have actually been deployed."

The transition will take Qantas from processing bookings batch by batch to watching the task proceed in real time, saving huge margins in terms of time and money.

"From me as an IT manager the line of sight governance that I get in real time with that platform is transformational," Taylor said.

Qantas.com joins other key functions the airline has opted to send to AWS, including the crunching of its route optimisation calculations, a process that once took four months to run.