Qantas, Virgin flyers to get uninterrupted mobile device use 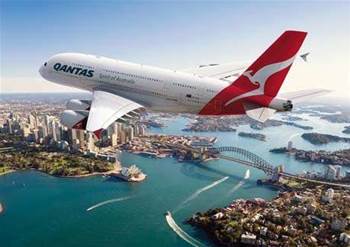 Passengers travelling with Qantas and Virgin Australia will be able to leave their mobile phones and other small electronic devices on during take-off and landing, from Tuesday, as part of new guidelines issued by the air safety regulator.

The Civil Aviation Safety Authority (CASA) in June revealed it had concluded it was no longer unsafe for mobile phones and tablets to remain switched on during a plane’s ascent and descent, following an investigation into outdated fears that leaving the devices on would cause electro-magnetic interference to navigation systems.

It therefore gave permission for air travellers to use small mobile devices from gate to gate as part of revised guidelines [pdf].

Plane passengers will be allowed to use electronic devices weighing less than a kilogram in offline mode from gate to gate without needing to turn them off. The devices will need to remain in flight mode and cannot be used for calls, text or data, however.

Larger personal electronic devices weighing over 1kg, such as laptops, will need to remain stowed in a passenger’s luggage. CASA said its investigations had found a loose device weighing more than 1kg could be dangerous during times of turbulence.

But airlines have to meet new regulatory hurdles before CASA will approve the use of the new guidelines, including safety criteria stipulating that cabin crew must be trained in how to deal with fires arising from device batteries, among other things.

CASA had initially expected to approve the airlines for the June-issued guidelines late last month, but was forced to re-issue the guidelines last Friday to address some administrative issues.

Both late today revealed they had gained CASA approval and would make the new arrangements available to passengers from Tuesday this week.

A spokesperson said Virgin it would allow gate to gate use of personal electronic devices on domestic and short-haul international flights, including on Boeing 737, Embraer 190 and Airbus 330 aircraft.

Both the United States and European air regulators last year expanded guidelines for the use of electronic devices after finding the radio interference signals from mobile phones and tablets on board aircraft were not a safety concern.