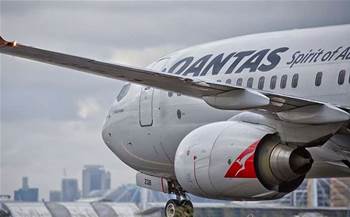 Qantas is moving its fixed and mobile voice services to TPG Telecom under a five-year, “multi-million dollar” agreement.

The agreement will see the airline “modernise its domestic communications network … with the addition of a new fibre network that will provide voice and data carriage services across its head offices and airport terminals in Canberra, Melbourne, Sydney, Perth, Adelaide and Darwin,” TPG Telecom said.

“The transition of fixed voice services has already commenced with the transfer of the Qantas 1300/1800 inbound customer support numbers to TPG Telecom’s mobile network, with more voice services to follow,” the telco said in a statement.

“Ninety percent of the flag carrier’s mobile services have [also] moved to TPG’s mobile network, resulting in reduced costs and increased service levels for the airline.”

It was reported that Telstra previously held the Qantas connectivity deal.

“It is more important than ever that Qantas has a reliable, fast and secure communications network so that we can stay connected as an organisation and importantly, to our customers,” Charmand said.

“[TPG Telecom] have successfully transitioned the majority of our fixed voice services within weeks, showcasing the value of their automation capability, and they have been responsive and flexible which is exactly what we need our suppliers to be."

TPG Telecom said the Qantas deal marked the beginning of a new strategy at the telco to take a greater share of the government and large business market.

The telco indicated that it “should be able to reach $1 billion-a-year business revenue… by 2025.”

Qantas renegotiated terms with many of its IT suppliers last year as the pandemic impacted its business operations.