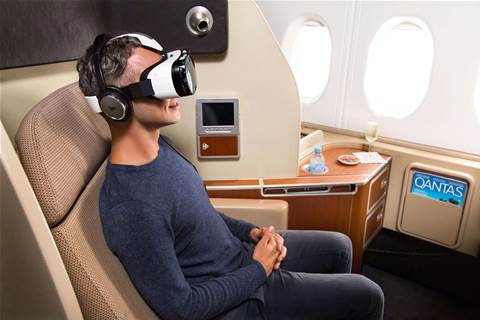 Qantas will undergo a three-month trial of virtual reality headsets for selected first class passengers in a bid to attract more premium travellers to the airline and promote its destinations.

It has partnered with Samsung to roll out a pilot fleet of 14 Samsung Gear VR headsets to its Sydney and Melbourne first class lounges and to first class cabins on a number of A380 routes.

The devices will be available in the lounges from the middle of February, and on A380 flights between Sydney and Los Angeles from mid-March.

The headsets will give users the opportunity to experience movies and virtual tours of Qantas destinations in an interactive, 360 degree format. 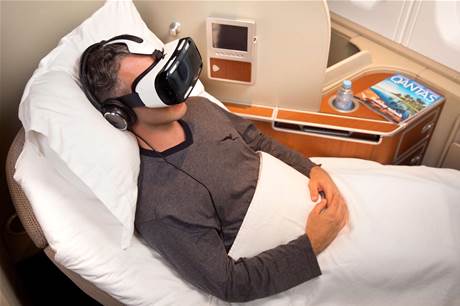 Qantas is hoping that partnerships with tourism promoters will drive travel to a range of destinations it plans to showcase using the headsets.

Production company Jaunt has been tasked with creating promotional material that will be delivered via the Samsung devices. The Northern Territory Government is the first to get in on the campaign, with a 3D tour of Kakadu National Park.