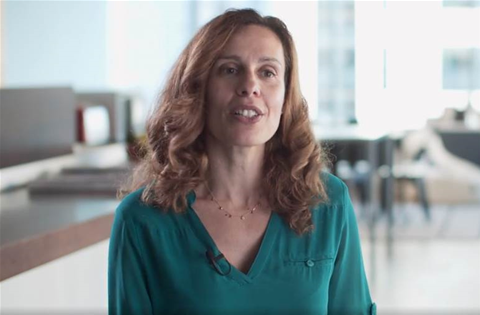 Qantas is using LiDAR-based technology to get people through airports and boarded more quickly.

Group chief information officer Susan Doniz said in a video for Dell’s ‘Connected CIO’ series that the airline is using a mix of artificial intelligence (AI) and internet of things (IoT) technology to improve its ground operations.

Doniz said that one of the primary drivers of Qantas’ net promoter score is the airline’s on-time performance.

“We've actually used two different AI technologies to help with that,” she said.

“One is a predictive, which is the AI algorithm we're using it to help better predict the on-time performance of the aircraft during the day, and that's really important because the closer we can get to the actual prediction, and the more we can do it in advance, the more we can actually react and create a more optimal outcome for everyone.

“The second piece is getting people through the airport more quickly. So we have two different pieces of technology that we're using as well there.

“One is called LiDAR, which is essentially a light and laser detection [system used] for self driving cars [that] emits lasers in different directions.

“What we do is we put that into the airport lineup so we actually know how many people are getting through security and whether we need to open different lanes and what is optimal.

“And then the second piece is biometrics, obviously using the facial recognition to get people boarded more quickly.”

Qantas customers participated in several trials of couch-to-gate biometrics in Sydney and Brisbane, though those trials are no longer running.

LiDAR has been talked about in the industry as a way to potentially monitor passenger flows through airports, though Qantas does not appear to have discussed its use of the technology publicly before.

“In order to do that, we've equipped them with IoT devices so we actually know where things are.”

Doniz said in the video that AI promised insights and results that were more accurate than what could previously be achieved with analytics technology.

“In the past with analytics, you might get 70 to 80 percent prediction accuracy, but with AI, you can get 90-plus [percent], and you can scale things up at a faster rate due to cloud computing.”

Qantas has previously revealed some of its thinking around how it might have to reimagine its operations in the future, though it ultimately decided not to publish the full thesis.