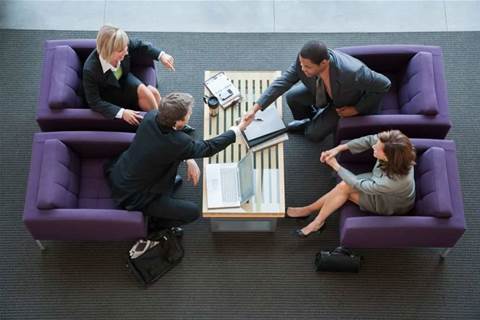 One in five client projects at PwC Australia presently involve some form of enterprise AI, according to chief data scientist Matt Kuperholz, but those numbers are scaling up rapidly.

However, the exact number of enterprise AI users is also impacted by how one defines the space.

“A lot of this becomes the semantics of what you think AI [and cognitive intelligence] means,” Kuperholz – who is also partner in PwC’s modelling and analytics group, which leads enterprise AI internally – said.

“I studied it in the 1990s and I’ve been applying it in business since 1999, and actively leading out with a machine learning or AI technique as the basis of our granular customer segmentation for over 10 years.

“It’s very much been a part of the services we’ve delivered to clients for some time.”

This profile is part of a feature on the AI efforts at Australia's big four audit firms. Find out more

Kuperholz does, however, acknowledge that AI is becoming more prevalent in enterprise conversations.

“It’s a set of tools in our kit bag that are becoming more and more relevant as the volume, velocity and variety of data increases in our clients’ worlds,” he said.

“The tools and algorithms are getting greater focus and maturity because we’re in the face of such a volume of data that traditional approaches [to understand it] start to be very unwieldy.”

One reason Kuperholz sees AI growing in the enterprise is that it offers a way to understand data without bias.

“There might be an element of [a customer’s] problem where we say, ‘what does the machine think?’ because the nice thing about AI or machine learning is it takes the blinkers off. It’s quite assumption-free. It’s the data speaking to us,” Kuperholz said.

“Other approaches often put the blinkers on, make a series of assumptions, and then look at the data.

“So you compliment those – you build a portfolio where you take both a traditional or supervised approach together with an unsupervised machine learning approach to check that you haven’t made a series of assumptions that are ignoring what the data’s trying to tell you.”

Kuperholz said his team is most interested in understanding the client’s business problem to judge whether applying some form of enterprise AI would be of any benefit.

“We’re not driven by a technique or even by data. We’re driven by a business challenge, which may be to protect a space, get into a new space, make a factory safer or a manufacturing process more efficient,” he said.

“Once we understand the business problem we look at what data is available, both within the enterprise and externally, and then the combination of the problem and available data leads us to a technique.

“The key is to start with the business problem and then take a look at the data assets that can be brought to bear, and only then to land on a technique.”

In addition to bringing enterprise AI techniques to customer projects, PwC also has services of its own that are built upon these types of technology foundations.

One of these is CustomerMind, which is the latest version of a service that started life as SocialMind.

SocialMind was a cognitive service designed to tap social media and other online forums to see how an organisation’s customers talked about them, and to infer a net promoter score (NPS) based on that understanding.

Kuperholz said the algorithm could handle complex natural language processing challenges. For example, it could differentiate genuine endorsement from sarcasm “to infer someone’s likelihood to promote your company or product”.

PwC has now evolved the service to look at more than just social channels.

“SocialMind was just trawling social media but CustomerMind we’ve pointed recently at large volumes of recorded phone calls where we transcribe the recorded speech to text and we then analyse the text to infer NPS from the conversation into our client’s contact centres,” Kuperholz said.

“That’s a specific application that could be considered cognitive.”

Find out how rivals EY, Deloitte and KPMG are using AI and cognitive computing technologies