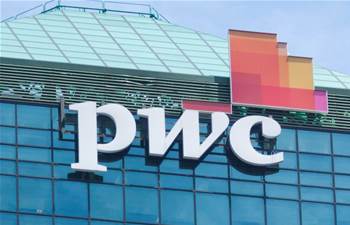 Will work alongside new CIDO.

PwC Australia has looked within to find a new chief technology officer, appointing its digital and technology operations director Tim Larcos to the position.

Larcos, who has led the consulting giant’s IT operations function and its 230 staff as director of operations since 2017, announced his new role in a LinkedIn post on Thursday.

He has spent more than six years at PwC in total, most recently working across multiple areas, including workplace technology, cloud and infrastructure and service delivery.

“I am pleased to announce my appointment as PwC Australia’s chief technology officer,” Larcos wrote.

“Over the last six years with the firm, I’ve held a number of technology leadership roles all with one common theme: enabling our clients, people and firm to leverage technology and digital transform.”

A spokesperson told iTnews that Larcos will “work closely with [the] digital technology service leadership team to shape the next phase of our technology and digital strategy”.

He will report to newly appointed chief digital and information officer Jacqui Visch, who commenced in the role on Thursday after being appointed from AMP in May.

He also spent two years as chief information officer for private clients, where he led digital and technology initiatives for the company’s private clients.

Prior to joining PwC Australia in December 2014, he worked more than three years as Asia Pacific IT manager at Deluxe Entertainment Services, and almost four years at Hillrom.

“I am proud to collaborate with an amazing team who work to transform, improve grow and develop world class capabilities every day,” Larcos said.

“PwC’s extensive investment in digital and technology alongside its values led approach has enabled a wonderful platform for the future.”

One of the partners is Pip Wyrdeman, a former cyber security policy advisor at the Department of Prime Minister and Cabinet.