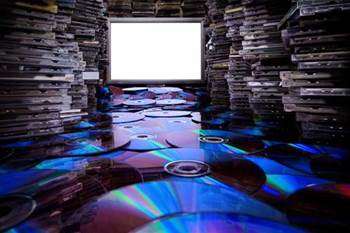 The file-locker industry, already in a state of chaos after MegaUpload’s January shutdown, faces more bloodshed, says one Hollywood executive who named five more services on the studio's hit list.

Perry’s astronomical figures translate to five page views for every person on the planet, the Torrent Freak blog calculates.

Perry outlined the new targets on a slide at the On Copyright conference in the US last Friday, which showed Megaupload’s logo with a red-strike through it, CNet reported.

Several file-locker services similar to MegaUpload shut shop almost immediately after the MegaUpload arrests but, according to Perry, Hollywood studios and music labels want more arrests, while operators of such services defend their businesses as legitimate file storage and sharing services.

MediaFire co-founder Tom Langridge penned a letter to CNet defending the service against accusations that it was “an outlaw gang” of MegaUpload’s ilk.

Distancing his company from Kim Dotcom’s operation, Langridge wrote that his company never paid users to upload content and that the service “cooperates fully with the MPAA, RIAA”, respectively the two main movie and music copyright lobby groups behind most litigation and law-enforcement action against alleged mass copyright infringers in the US.

MediaFire’s Langridge said his company is the victim of MegaUpload’s shutdown as users of the former "rogue" site seek new forums to fill the gap left by MegaUpload’s dismantling.

Unlike several MegaUpload-like sites that closed after the MegaUpload January arrests, Swiss-based outfit, RapidShare, a “secure data logistics” firm by its own standards, has attempted to distinguish itself from MegaUpload by arguing its corporate structure was never designed to evade authorities.

“RapidShare AG was founded in Switzerland, was always based at the address cited in the imprint and was always managed with an authentic name without any anonymous intermediary companies,” the company argued.

"The drastic measures against Megaupload were obviously seen as necessary by the FBI because the situation was different there."