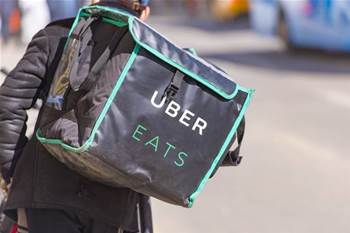 The head of the Victorian government’s probe into state’s gig economy has warned online platforms they must not obstruct or threaten workers who want to make submissions to the inquiry, saying any threats to terminate employment are illegal should be looked at by the Fair Work Ombudsman.

As the closing date for submissions to the landmark probe on February 6th rapidly approaches, the chair of the Inquiry into the Victorian on-demand workforce and Federal Fair Work Ombudsman, Natalie James, said that detrimental action against workers for talking to the inquiry is a “breach of workplace laws” adding that she would view such behaviour with “serious concern”.

The unambiguous warning comes as authorities prepare to dig through the operations of services like Uber Eats and Deliveroo to determine whether their business model deliberately shirks obligations like PAYG tax, payroll tax, workplace safety and superannuation by artificially construing employees as independent contractors.

The Victorian probe is being closely watched by other states and the Australian Taxation Office because it will compile the largest formal body of evidence on the effects of the gig economy on both the employment market and other businesses they compete with.

While the Victorian probe has been pushed by the Andrews Labor government and applauded by unions, all jurisdictions are intensely interested in the outcome because of the sizeable potential for revenue loss and cost shifting back to government, particularly around factors like workplace injuries that would otherwise be insured.

Speaking on ABC Radio National, James said that while a lot had been said and written about the gig sector, the current system made it “very hard to navigate” when and where gig workers were truly independent rather than employees.

“Regulators like the Fair Work Ombudsman, the Tax Office, payroll tax agencies around the country wrestle with this every day,” James said, adding that the only current way to resolve employment status was to take individual matters to court one by one.

“That is not a satisfactory situation when you are a worker or a consumer or someone engaging workers and you have people who have features of both workers [gig and employee].”

There is also clearly concern that some unscrupulous platforms are more than willing to asset strip holding companies that run online employment and gig platforms, a situation that confronted both workers and revenue agencies in the case of Foodora that went bust after its workers were found to be employees.

That precedent case was run by the Transport Workers Union which has strategically bowled up a mix of employment status and tax avoidance issues in its carefully picked actions that will have wider implications across multiple sectors.

“We read… there don’t appear to be assets around to pay out debts,” James said.

James said it was also public knowledge that regulators were looking at companies like Uber Eats and Deliveroo “from a number of angles”.

“We want to understand not just the legal issues but the experience of people,” James said.

“The good, bad and ugly of this work.”

James said she wanted to hear not just from platforms and workers, but also from consumers and other businesses that competed against the gig model.

“This will be an evidence-led inquiry,” James said.

“I would be very concerned if there was pressure being applied to not participate in this inquiry or any other investigation,” James said.

Submissions to the inquiry can be made through the Victorian Department of Jobs, Precincts and Regions until February 6th.