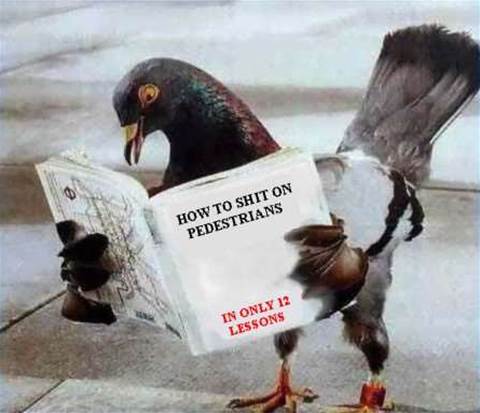 The pigeon is mightier than ADSL.

An unorthodox race in South Africa has revealed that it is faster to transmit 4GB of data via carrier pigeon than it is to send it over the country's main ADSL services.

An IT company in Durban decided to hold a competition to test a theory once discussed over a watercooler. Would it be faster to use a carrier pigeon to send data than to use the country's biggest web firm, Telkom? Bad news for Telkom - yes, it is.

In the race held yesterday between Howick and Hillcrest, a pigeon named Winston managed to transport a 4GB memory stick 60 miles in just two hours, the same amount of time it took the firm's web connection to transmit just four percent of the data.

Overall though, estimates suggest that it would have taken days to send the data, which would have given Winston the pigeon the luxury to do, well, whatever it is a pigeon does with its spare time en route.

Old school methods of delivery have long been favoured by those in the know.

Some people still use the old practice of moving files between machines on floppy disks. And way back in the 1970s, Dr. Warren Jackson said, "Never underestimate the bandwidth of a station wagon full of tapes."

Nothing has changed, actually.

Winston the pigeon already has over 3,000 friends on Facebook. We don't imagine that anyone at Telkom is one of them.