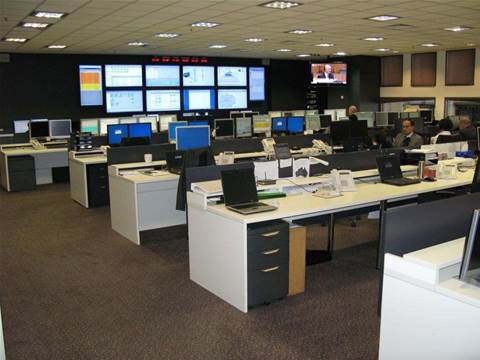 Nextgen Networks has demonstrated IP traffic running at 100 Gbps across a fibre optic test network of the kind being deployed for the Government's $250 million backhaul blackspot program.

The demonstration - attended by representatives of state governments, NBN Co, and AARNet - showed backbone routers and service routers needed to handle traffic to and from a large number of customers.

The 100 Gbps load was generated by looping a data stream back and forth across the test network, which used 100km of fibre cable to represent the backbone link.

Nextgen was installing "tens of millions of dollars" of the same Alcatel-Lucent kit used in the test for the six backhaul links it had been contracted by the Government to build nationwide.

Nextgen had three cabling teams in the field that had laid 3,000 km of cable that was assembled in Victoria from imported glass fibres.

The backhaul network would be up and running by September next year, Sykes said.

It was anticipated that ISPs would deploy their own DSLAMs in areas serviced by the new backhaul links before eventually migrating customers onto the NBN.

Sykes said the NBN was the one opportunity in the next 15 years for Australia to develop a new export industry - global services provision.

"A substantial investment in fibre access will be incredibly stimulating for the Australian economy," he said.

"This is the tenfold increase in speed that people have been waiting for," Ackland said.

Anderson Silveira, director of Alcatel-Lucent's optical competency centre in Australia, said this was the first demonstration of its kind in the southern hemisphere.

Previous demonstrations of 100 Gbps optical equipment in Australia had only shown the transport layer working, not the carriage of IP traffic, he said.

Alcatel-Lucent solutions architect Darren Manton said the latest commercially-available technology meant 88 channels of up to 100 Gbps could be carried on each fibre pair.

He said that previous limitations had been overcome, allowing 10, 40 and 100 Gbps channels to be combined in any order.