Photos: Inside the NEC 'robocop' car 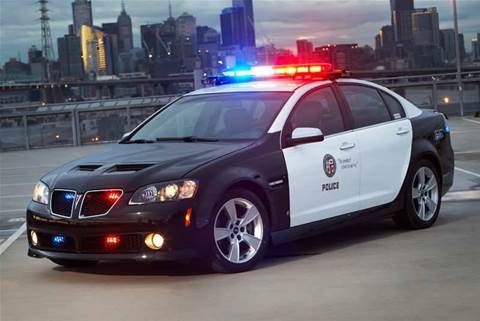 Most advanced law enforcement vehicle ever?

NEC has unveiled what it claims to be the most advanced police car in the world in Melbourne today.

It combines a touchscreen interface with a voice and data comms platform to help reduce clutter from various police equipment and cut costs.

The technology was developed by NEC Australia at its Design and Development Centre in Melbourne. The company partnered with the Australian National Safety Agency (NSA) to help design an interface that consolidates the various controls into a single touch-screen.

Des Bahr, Operations Director at NSA said the touchscreen interface will make the vehicle safer and save money.

"The in-dash screen is about improving occupant safety and reducing up-fit cost by eliminating costly manual after-market rework. This way, the cars are fitted with the screen when they are built and arrive at the police agencies ready to be deployed," said Bhar in a statement.

NEC and the NSA will work with General Motors to create both police and consumer versions of the technology.