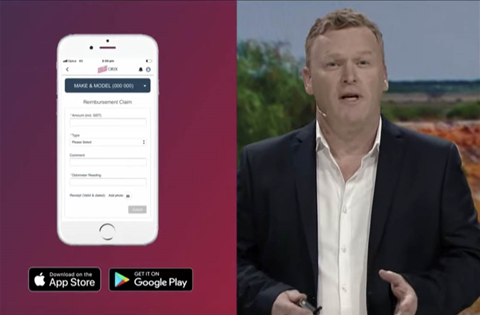 No longer just for drivers with iOS devices.

ORIX Australia has emerged an early adopter of a Salesforce tool that enabled it to create and launch a mobile app simultaneously for iOS and Android users.

The company is best known for fleet vehicle leasing but has other businesses including novated leasing, where workers can lease a car and pay some on-road costs via a salary-sacrifice arrangement.

General manager of technology and innovation Richard Hilliard told this month’s Salesforce World Tour virtual event that ORIX previously had a custom app for novated lease customers that was iOS only.

“We knew we had a gap in our mobile application offering, particularly in the novated driver space, which we needed to address,” Hilliard said.

“We had a custom platform out there for a couple of years, however it was only for Apple iPhone users so we were potentially missing 50 percent of our market by not having an Android offering.”

The company also wanted to use a revamped version of the app to make it easier for customers to see details about their lease and to interact with ORIX, such as to claim reimbursements.

Novated lease payments typically package in costs like fuel and tyres, but companies offer reimbursement when the lessee pays such costs out of their own pocket, such as in an emergency.

Hilliard said ORIX wanted to be able to handle interactions with drivers via the app instead of over email or phone.

“Like many businesses of our age which have grown up organically, there's a high reliance on the traditional channels of email and phone,” he said.

“If you're driving around and you need information right there right now, sometimes email and phone isn’t the best way.

“We wanted to enable a better channel for transactions to take place for drivers where they could interact with us directly from the phone; have a channel where we could push knowledge and notifications out to those drivers which were pertinent to those leases; and also provide them with the opportunity for an additional support channel, where they could contact us directly for help or information.”

Hilliard said ORIX was keen to avoid custom app development, where possible, due to the size of its technology team.

Instead, ORIX went with what was at the time a new offering from Salesforce called Mobile Publisher.

“What really piqued my interest was the ability for Mobile Publisher to take a Salesforce Lightning Community and then embed that within the context of an app that you could publish to either the Apple Store or the Google Play Store,” Hilliard said.

Mobile Publisher can also be used to re-skin the regular Salesforce mobile app with a user organisation's own branding.

“There's much more we can do - and we intend to - but to give us something that we could get out there quickly in the hands of drivers and start getting that feedback from drivers was really critical to us.”

The app showed the driver graphs and ‘widgets’ where they could “interact with the most important elements of their lease and get the information at their fingertips immediately.”

“They can drill down to the next level where they can get specific details on categories, be that maintenance, tyres, insurance, and fuel,” Hilliard said.

“We've also integrated it with our core backend fleet system, where they're able to pore through transactions in more detail should they need to in real-time.”

“In this example here, we've got a fuel receipt, where a driver has purchased some fuel and they want to be reimbursed for it, so they can take a photo on their phone, upload it to us via the app, and that comes through as a case into our Service Cloud platform internally, where the operations team can execute that and turn it around quickly for the customer,” he said.

“If you imagine both from a process perspective relative to some of the traditional channels, and a technical perspective about the amount of integration we would have had to do previously, there are significant benefits there in terms of what the platform offers us.”