Oracle starts price war with AWS to close the gap 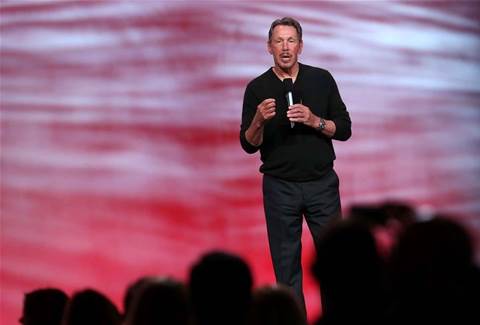 Claims it has the tech to overtake cloud leader.

Software giant Oracle has bolstered its infrastructure-as-a-service offering in an attempt to undercut rival Amazon Web Services and reverse its reputation as a laggard in the cloud market.

Oracle’s IaaS product has trailed behind the company’s platform- and software-as-a-service offerings, which grew 66 percent in its most recent quarter compared to the same time last year. IaaS revenue, in contrast, grew only 5 percent.

The company sees IaaS as part of its wider PaaS and SaaS package, but has struggled to gain traction in a market heavily dominated by AWS, Microsoft and Google.

“What we're looking for is the third leg of the stool, which is to push into infrastructure-as-a-service, where we have an all new and very formidable competitor, Amazon, who we think now with our new generation two data centres, we have a big competitive advantage over,” Oracle CTO Larry Ellison said in the company’s recent results briefing.

Oracle is betting that the technology underpinning its “generation two” IaaS data centres - unveiled this week - will give it an advantage over AWS and elevate its IaaS business to the growth rates it is experiencing in PaaS and SaaS.

“.. our new bare metal offering makes it possible for our customers to lift and shift their entire existing corporate infrastructure, data, and applications without any changes whatsoever and move it to the Oracle public cloud,” Ellison said.

“You just can't do that with Amazon Web Services. Lift and shift the entire network, database, data, applications, [and] move all of that across to our data centre without changing anything. It's a real advantage.”

Cloud - but on premise

At its OpenWorld conference in San Francisco this week, the company also announced a new subscription offering that would allow customers to run Oracle’s cloud software and hardware technologies behind their own firewall.

The Cloud@customer product is an “extension of our public cloud that sits on your data centre floor”, Ellison said. The offering is targeted at industries with data sovereignty obligations.

“We can install the identical software and hardware to what we use in the cloud in your data centre, behind your firewall, attached to your high-speed local area network,” Ellison said today.

it is expected to release more detail of the new Cloud@customer product during its annual OpenWorld conference this week.