Optus to sell Android tablet for $279 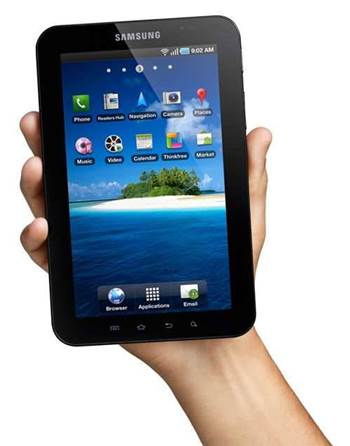 Optus has announced it will launch a cheap Android tablet to compete with Telstra's T-Touch Tab, undercutting its rival at the point-of-sale by $20.

The $279 My Tab device will be built by Chinese firm ZTE. It would come bundled with 3GB of prepaid data quota, charged in 10 MB increments.

It came as Optus also revealed new postpaid plans for the Samsung Galaxy S tablet, meaning customers would no longer need to fork out the $999 outright price to get their hands on the device.

The carrier said it would offer the Samsung tablet with no handset repayment for $59.95 a month over two years.

The plan included a minimum of 10 GB of data if used in "peak period".

iTnews contacted the carrier for a definition of "peak" but it was understood the plans would operate on a similar mechanism to revamped wireless broadband plans announced in August.